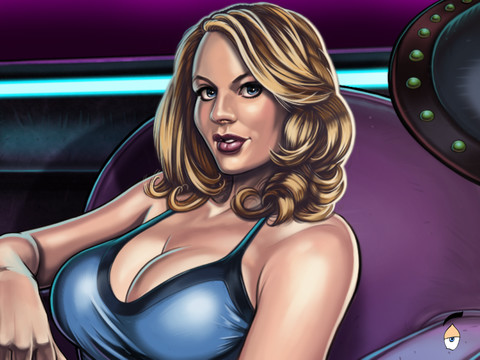 Readers over 30 need no introduction to Sierra’s Leisure Suit Larry series of adventure games. Back in the 1980s, when computer games were all blocky, the concept of point-and-clicking one’s way through the game was still in its infancy.

It was then that programmer Al Lowe had set out to create Larry Laffer: a lovable, balding virgin character in his 40s.

Each game in the series featured a simple premise: Larry had to talk young women into having sex with him. Two years ago, Replay Games acquired a license for the whole franchise.

Following the successful “Make Leisure Suit Larry come again!” campaign on Kickstarter (14,000+ fans chipped in to bring Larry back to life), the small development studio has started re-releasing Larry games on a number of platforms.

And thanks to Kickstarter crowd-funding, Replay was able to basically write Leisure Suit Larry: Reloaded from scratch and update the game’s appearance for the 21st century technology…

Based on 1987’s Leisure Suit Larry in the Land of the Lounge Lizards, the iOS port saw Sierra On-Line veteran Josh Mandel and Lary’s original creator Al Lowe team up to re-work the original for the ground up.

Let me just say it: you’ll either love or hate the game’s beautiful cartoonish art style, hilarious narration and Larry’s sense of lowbrow humor and his patent leather loafers. You’ll also fall in love with an incredible musical score by composer Austin Wintory. 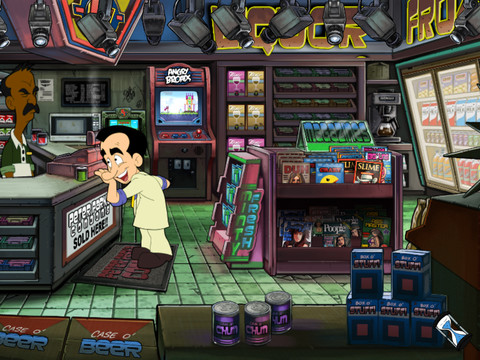 Back when I was a kid, I used to spend countless hours trying to get Larry seduce a variety of young nubile women in casinos, fancy hotels, cruise ships and beaches. A few decades later, I still recall Larry’s trademark conversation starter: “Hi, my name is Larry, Larry Laffer”, a nice reference to James Bond’s introduction style. 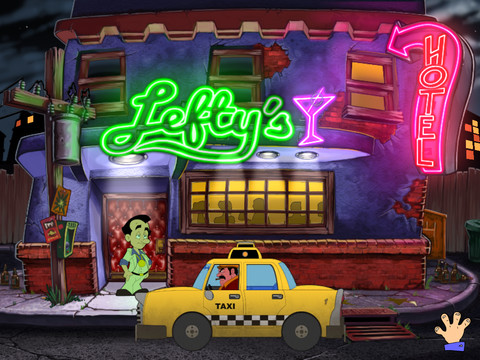 Some of the notable features include:

Apart from a few releases, the App Store is virtually devoid of old-school adventure games. If you’re in the market for a different kind of game that will put your gray matter to the test, you should give Reloaded a try. 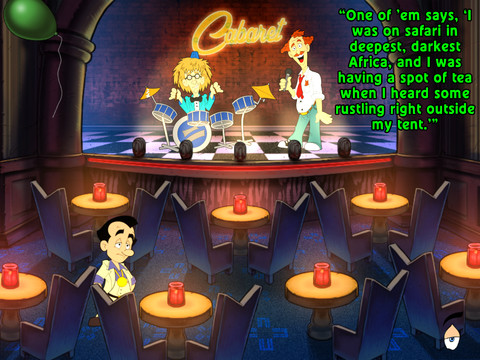 Leisure Suit Larry: Reloaded is $4.99 on the App Store, which buys you a universal binary supporting the iPhone 4/4S/5, iPad 2/3/4, iPad mini and iPod touch running iOS 4.3 or later.

Readers who use Android will need some patience as Replay Games puts the finishing touches on an Android version. “The Android version is suffering from the typical ‘way too many different versions of Android’ syndrome, but is making progress,” Replay games wrote in a post on Kickstarter.

Even with today’s generation totally oblivious to the award-winning Larry series, Reloaded is a nice excuse to re-introduce the character to people who have never played the original game.

And, there are no in-app purchases whatsoever!