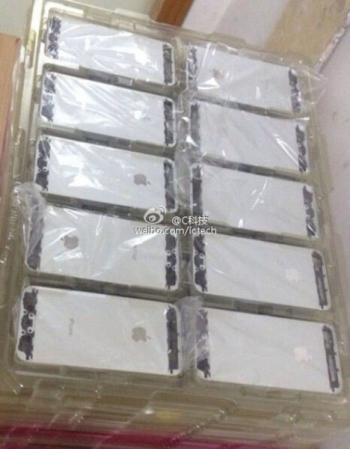 Just a day after AllThingsD confirmed analyst Piter Misek’s claim of the iPhone 5S production ramp-up in July, a Chinese website leaks a few images that appear to depict a bunch of production iPhone 5S units.

There’s no way of determining authenticity of the photos because the iPhone 5S is widely expected to re-use the two-tone design of the current-generation iPhone 5.

The Chinese source also spelled out technical specifications that match up with past rumors.

Go past the fold for the full breakdown…

Our Chinese is a little rusty, but according to a machine-translated article published by the Chinese-language website EXPReview, the iPhone 5S features a four-inch IGZO panel (Sharp?) with the same 1,136-by-640 Retina resolution at 326 pixels-per-inch.

You may recall a Korean publication recently said Apple was finally ready to make a switch from traditional LCD IPS technology to energy-efficient IGZO panels. 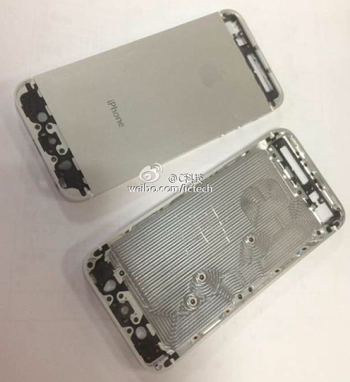 The CPU part is said to feature 2GB of RAM, twice as much than the iPhone 5’s 1GB of LPDDR2-1066 RAM. Doubling the RAM would allow for smoother multitasking, faster performance and better responsiveness. Other than that, the device’s CPU is said to be still a Swift dual-core variant.

The pretty reliable Japanese blog Macotakara recently claimed the next iPhone will be outfitted with both NFC and fingerprint-scanning technology to enhance the security and capabilities of iOS-driven mobile payments. If that’s the case,, we should then expect an iTunes Wallet announcement as well.

For what it’s worth, we recently heard from another source that integrating fingerprint tech underneath the Home button was causing production issues that might cause supply constraints at launch.