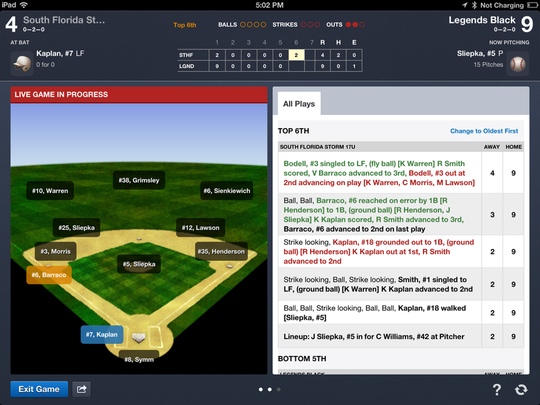 Since it was introduced in 2010, the iPad has found its way into dozens of professional and enterprise markets. Pilots are using them as flight bag replacements, executives are using them in place of their laptops, and doctors are using them to show patients their X-rays.

And now it looks like it’s set to invade little league. The US Little League Baseball Softball organization has announced that it will use the GameChanger iPad app and website to keep stats and stream live game updates for their upcoming World Series events and tournaments…

From the League’s announcement (via The Loop)

“Little League Baseball and Softball announces today it will use the GameChanger app and website to keep stats and stream live game updates for their nine World Series events and ten region championship tournaments. As tournament scorekeepers record every pitch using the GameChanger iPad app, Little League families and fans will be able to follow the live game action from anywhere in the world.”

For those unfamiliar with it, the GameChanger app provides a simple interface for scorekeeping and stat management, effectively replacing the traditional pen and paper. It can turn game data into real-time content with batting spray charts and dozens of other useful stats. 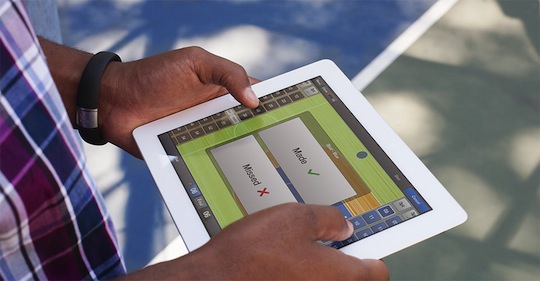 Little League scorekeepers will utilize 35 iPads this summer to record every pitch for nine separate regional and international tournaments across several age groups. And then of course, they’ll use them during the Little League Baseball World Series, which kicks off in August.

Don’t let the name fool you, the ‘Little’ League World Series is a major global event. Here in the States, it’s broadcast on national TV and streamed online, and usually garners millions of viewers. So all this is to say it’s a big deal, and another big win for Apple’s tablet.