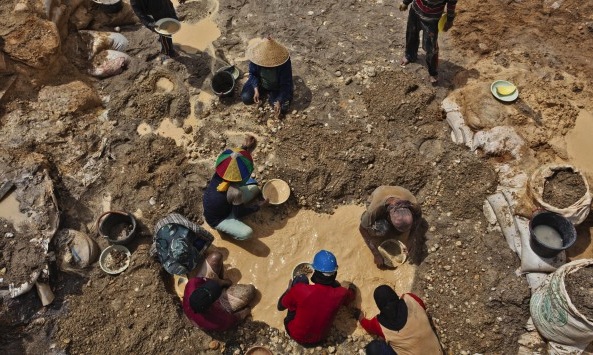 Apple updated its supplier page late last night, saying that it has decided to head up a “fact-finding visit” to Bangka Island, Indonesia to address concerns on whether or not its suppliers are sourcing tin from unregulated and illegal mines.

Bangka Island is one of the world’s premier tin-producing regions. But the area has also been linked to illegal tin mines that are, among other things, responsible for the destruction of tropical forests, coral reefs and fishermen’s livelihoods…

From Apple’s supplier page (via The Verge):

“Bangka Island, Indonesia, is one of the world’s principal tin-producing regions. Recent concerns about the illegal mining of tin from this region prompted Apple to lead a fact-finding visit to learn more. Using the information we’ve gathered, Apple initiated an EICC working group focused on this issue, and we are helping to fund a new study on mining in the region so we can better understand the situation.”

Samsung has already admitted to using tin from Bangka Island, and now activists want Apple to come clean. Friends of the Earth says it has received over 24,000 signatures asking for Apple to publicly state whether or not it uses tin from the area.

Illegal mining on the island is said to be destroying forests, farmland, and coral reefs, and impacting local communities. And Bloomberg reported last year that 6 miners died in one week— 5 of which were buried alive by landslides in poorly-built pits.

Apple currently has 249 suppliers using tin in components made for its products—more than any other metal.