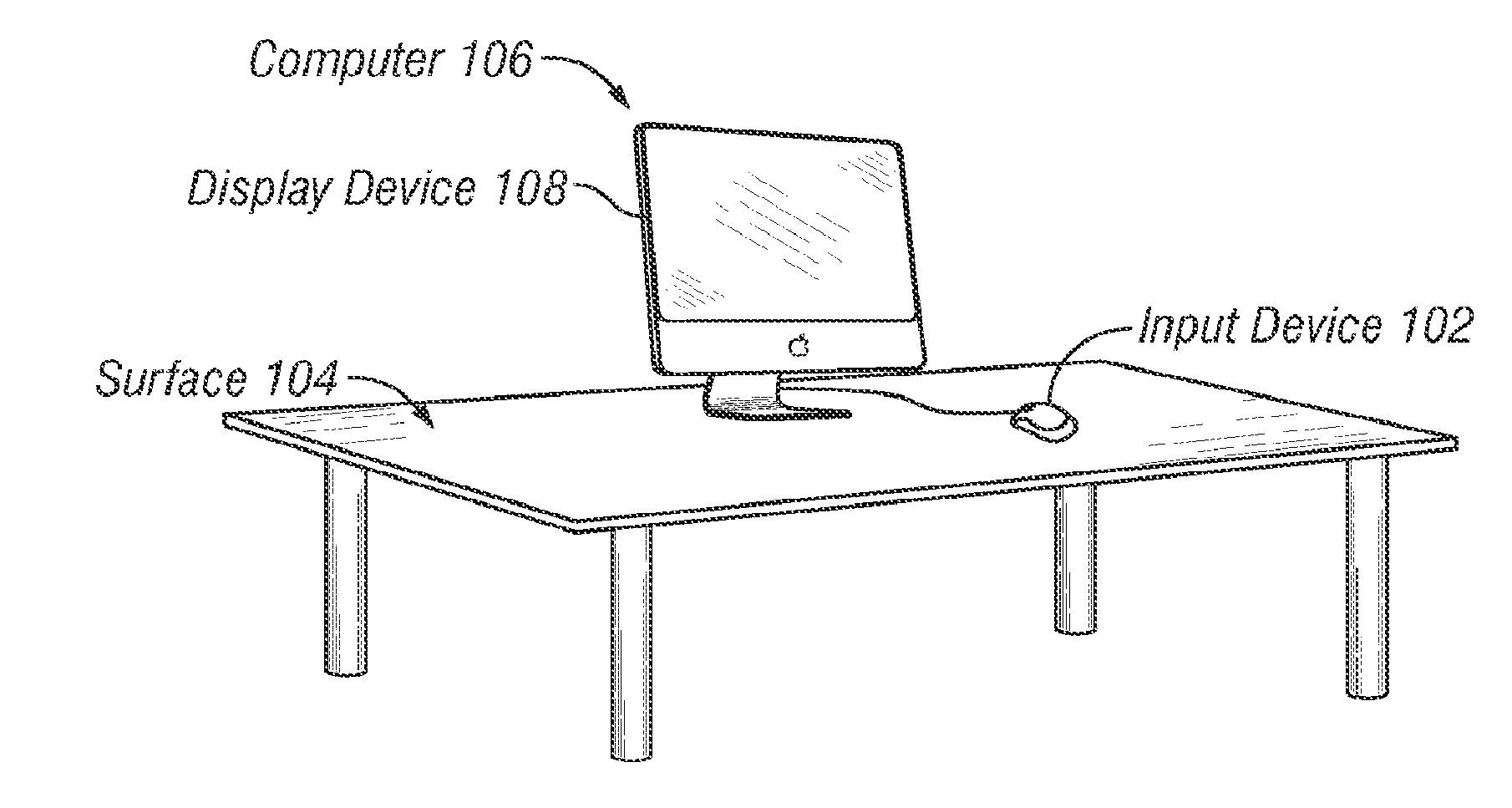 How do you get the speed of a computer mouse and the fine control of a trackpad? Apple’s answer is to combine the two motion sensors into one device and wrap it all into a patent filed and published Thursday.

The patent application, published by the U.S. Patent and Trademark Office, is entitled ‘Hybrid Inertial and Touch Sensing Input Device’. The 2012 filing outlines a type of motion-sensing traffic cop which determines whether inertia (mouse) or touch (trackpad) should control your iDevice’s cursor…

At the heart of the patent is the use of thresholds in an electronic input device, which can have both an inertial sensor and a touch sensor.

The method includes receiving inputs from an inertial sensor and a touch sensor, and dynamically adjusting a velocity estimate of the electronic input device based on weighting or predetermined thresholds of the inputs to maximize a tracking range of the input device.

Although current technology would permit Apple to implement its hybrid sensor control, there are no indication such a mouse-trackpad device is slated for development.

As the company moves deeper into wearable computing, where there is no space for such accessories, combining the two sensors could be valuable.