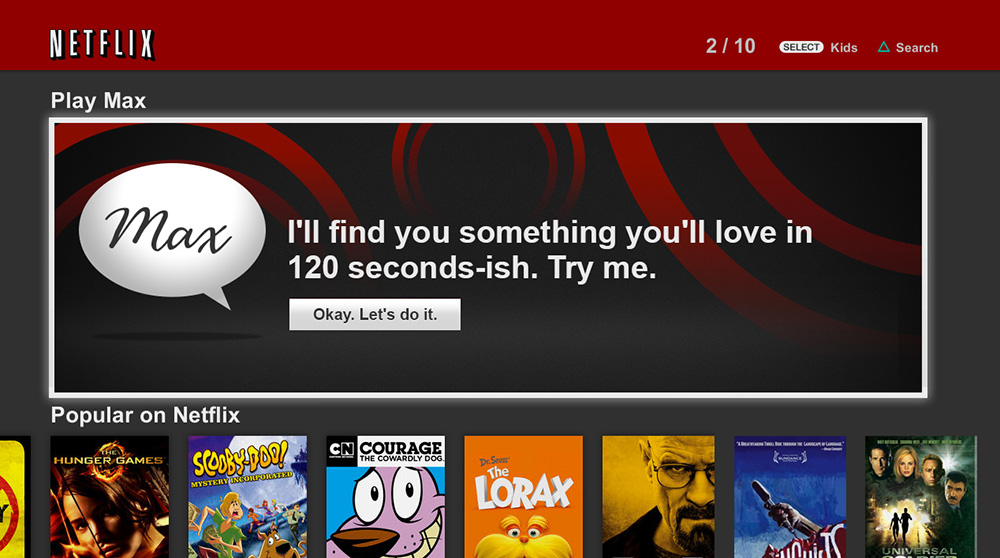 Kinda a crossover between iTunes Genius and Siri, Max is designed to help you find something great to watch in a fun, conversational way (Netflix rather confusingly calls it “the child of Siri and HAL 9000”).

Tapping Netflix’s extensive database of tags and your viewing history, the engine recommends movies and television shows it thinks you might be interested in watching. And when it doesn’t feel confident enough about its predictions, Max may ask you a question or challenge you to play a “ratings game”…

VP of Product Innovation, Todd Yellin, wrote on the Netflix blog folks can access Max on the third or fourth row of the main Netflix screen on their Playstation 3.

Just like Siri, Max can provide recommendations just by asking questions like “which movie should I watch”? Suggestions, of course, are tailored to your tastes and tap the Netflix algorithms that predict what you’d enjoy watching.

You can also teach Max about the stuff you like to watch by playing the ratings game, where you pick a genre to fit your mood and then rate a few titles on the familiar Netflix five star scale.

Here’s Max on the PlayStation 3:

If Max is unsure about what you might want to watch next, he’ll ask you to pick between two highly specific genres that are personalized. From there, the system makes use use of  “the very detailed tags we have on all of the shows and movies that are available on Netflix”.

The feature is rolling out to PlayStation 3 owners as we speak. 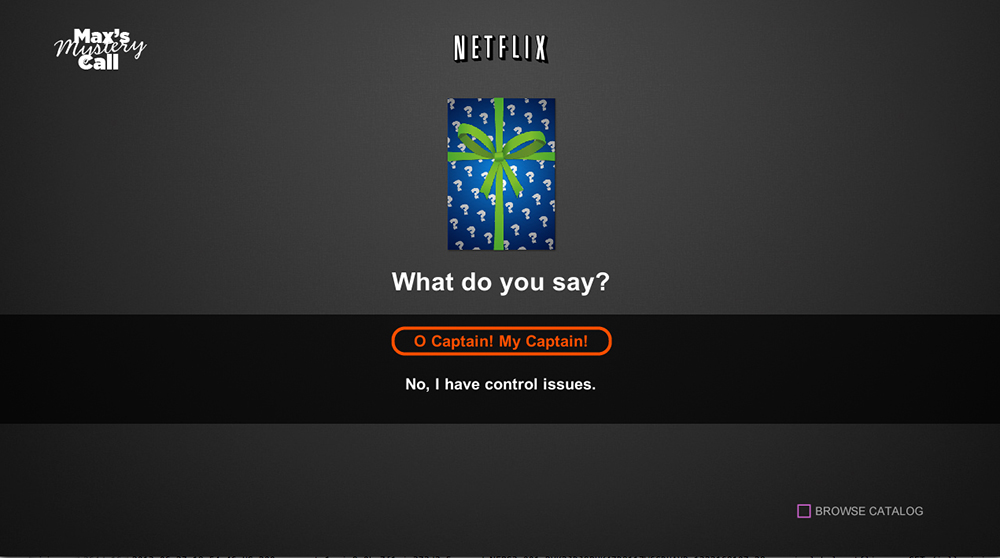 Netflix users will get Max “during the upcoming weeks,” the company confirmed.

Max will eventually make a leap on the iPad, Netflix hinted.

If Max performs at the level he promises, we’ll expand his repertoire and make him available on other devices in the future, likely the iPad next.

For the time being, Max will be available to Netflix’s U.S. members only, for now.