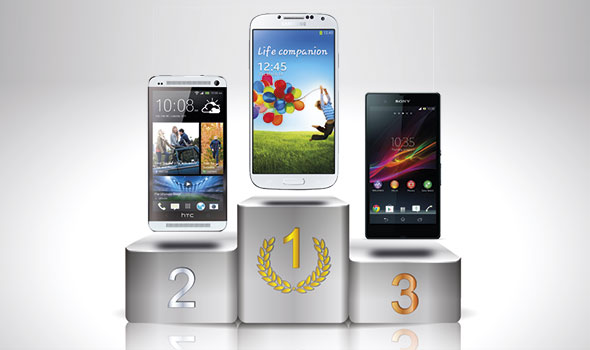 Samsung’s latest smartphone, the Galaxy S4, won top honors in a series of tests conducted by a UK-based consumer research organization called Which?. The organization found that Samsung’s Galaxy S4 topped Apple’s iPhone 5 and other competitors when it comes to speed, call time and Internet use.

The consumer group announced on its blog earlier this week:

Despite being crowned the world’s best-selling smartphone in February, Apple’s iPhone 5 has aged badly since its launch last year.

We measured it against the latest handsets on the market and it finished in last place, with the Samsung Galaxy S4 proving almost twice as fast. 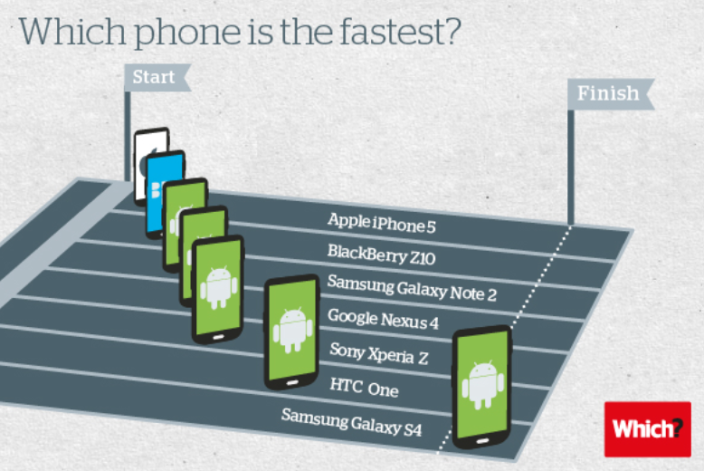 In two other tests conducted by Which?, the group once more found the Galaxy S4 topped other smartphones when it comes to battery life.

Offering 1,051 minutes of call time and 405 minutes of Internet usage, Samsung’s Galaxy S4 was the clear winner in our testing thanks in large part to its 2600 mAh battery. 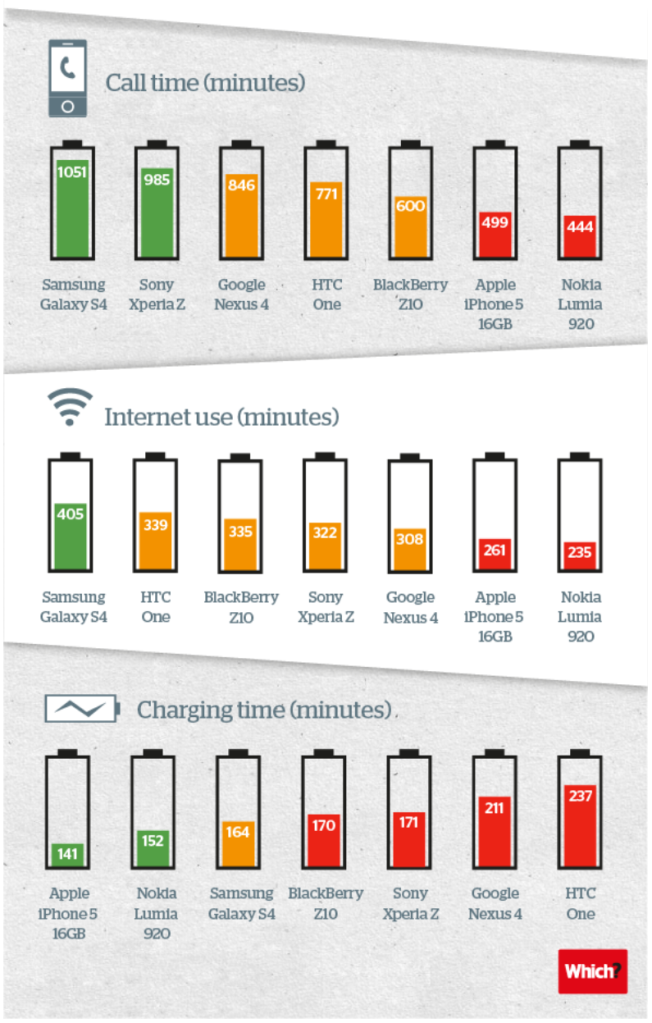 The Samsung handset also was best in a test of Internet usage, racking up 405 minutes versus 261 for the iPhone 5, according to the group.

Did the iPhone 5 win a blue ribbon in any category?

The Apple smartphone is the quickest handset to recharge, topping out at 141 minutes. Samsung came in third with 164 minutes.

This is an important category for Apple to have won, since a short recharge time can be a psychological edge when consumers are looking to get back in the game as quickly as possible.

However, the overall results do solidify one forecast for Apple’s upcoming iPhone: be sure there will be a stronger battery.

This isn’t the first consumer group which rated the new Samsung handset best.

An earlier Consumer Reports also gave the crown to the Galaxy S4, perhaps unsurprisingly given Samsung’s device arrived last month whereas Apple’s iPhone 5 is now nearly nine months old and is nearing the end of its cycle.