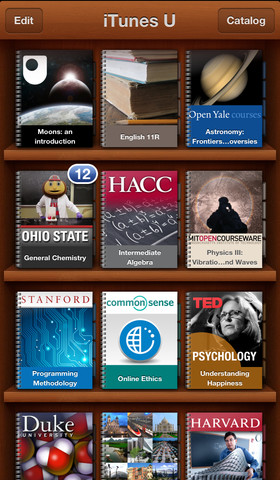 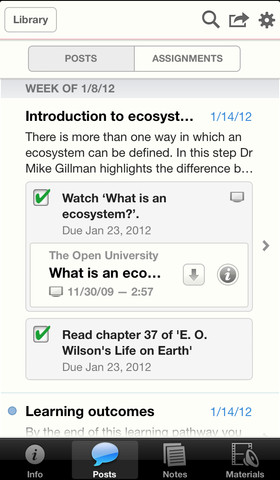 Although optimized for the iPhone 5, iTunes U – Apple’s free download from the App Store – is still skeuomorphic, just like Find My iPhone, AirPort Utility and other Apple downloads not included as part of the stock iOS 7 experience. Though today’s iTunes U 1.3.1 update doesn’t get rid of the wooden bookshelf, the new versions does add several noteworthy features. Among them: the popular pull-to-refresh gesture to checks for course updates in the notepad…

This version also resolves an issue which may prevent courses from updating, fixes a problem where iTunes U may unexpectedly quit when opening the Catalog repeatedly and adds support for Arabic, French, German, Greek, Italian, Russian and Spanish languagtes. 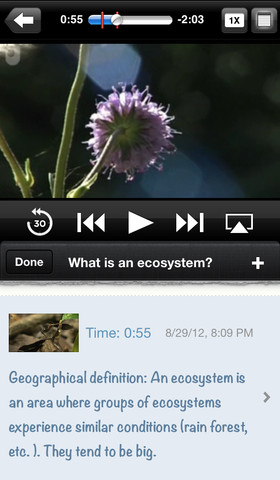 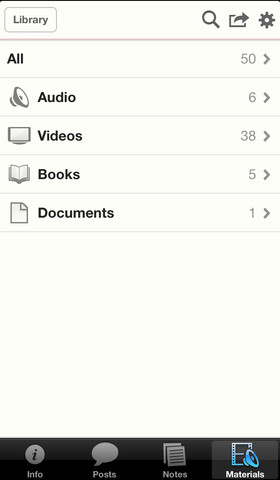 You can grab this free update straight form the App Store.

iTunes U has enrolled more than 250,000 students with content from 1,200 colleges, universities and K-12 schools. 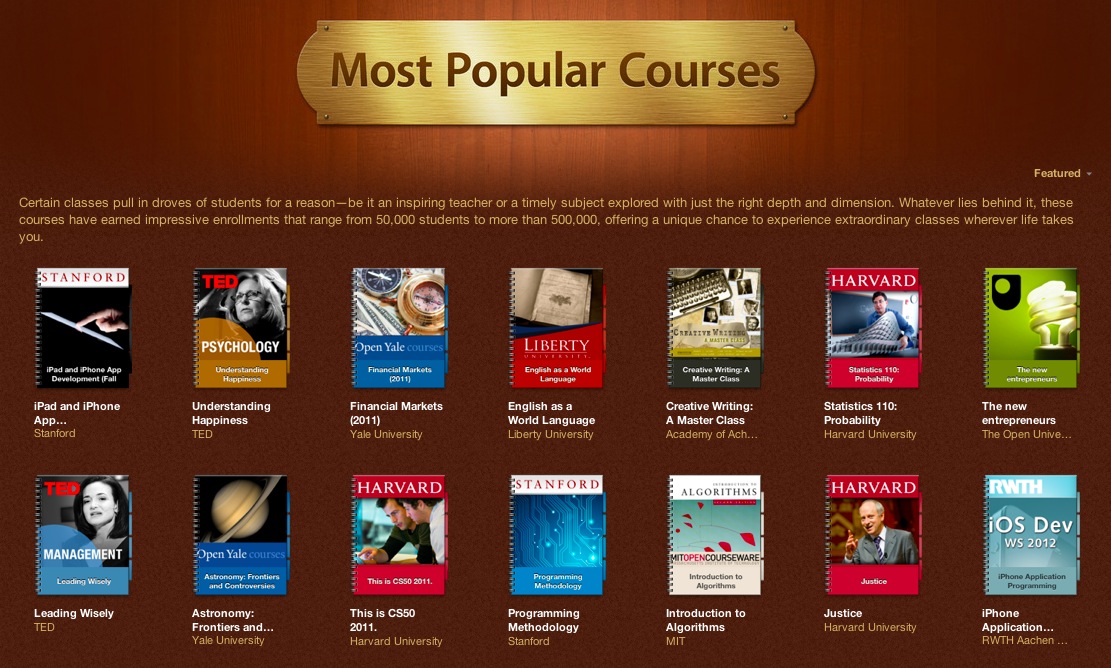 While Yale, MIT and Stanford are among the U.S. schools involved, a growing majority of schools from outside the U.S. are also taking part.

Back in February, Apple said iTunes U topped one billion cumulative content downloads.

As you know, the stock iOS Mail app comes with Apple’s interesting take on pull-to-refresh. With that in mind, perhaps today’s iTunes U update signals the company’s readiness to roll out this useful gesture across its stock iOS apps?

Of course, Apple should tread carefully because Twitter holds the patent to pull-to-refresh, which lists former Tweetie developer Loren Brichter as an inventor.