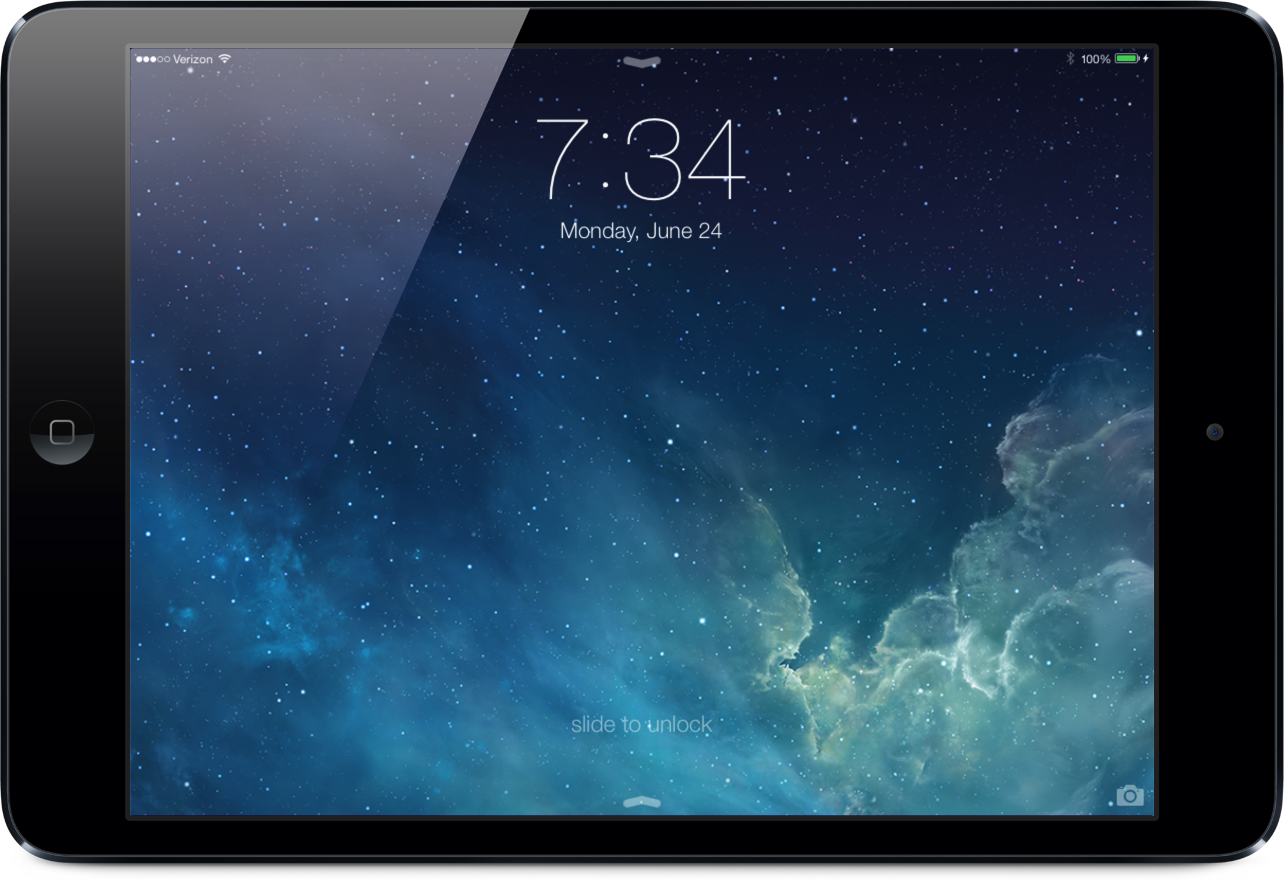 iOS 7 beta 2 is the first iOS 7 to feature support for Apple’s iconic tablet, and we’ve got a hands-on demonstration of how it looks and feels. The first word that came to my mind when I initially fired up iOS 7 on the iPad was “modern.” The iPad feels more spacious, and lightweight with iOS 7 installed. Whereas iOS 6 felt heavy and weighed down by skeuomorphism, iOS 7 feels light free.

I think you’re going to like the way that iOS 7 looks and performs on the iPad. Check out our full video demonstration inside… 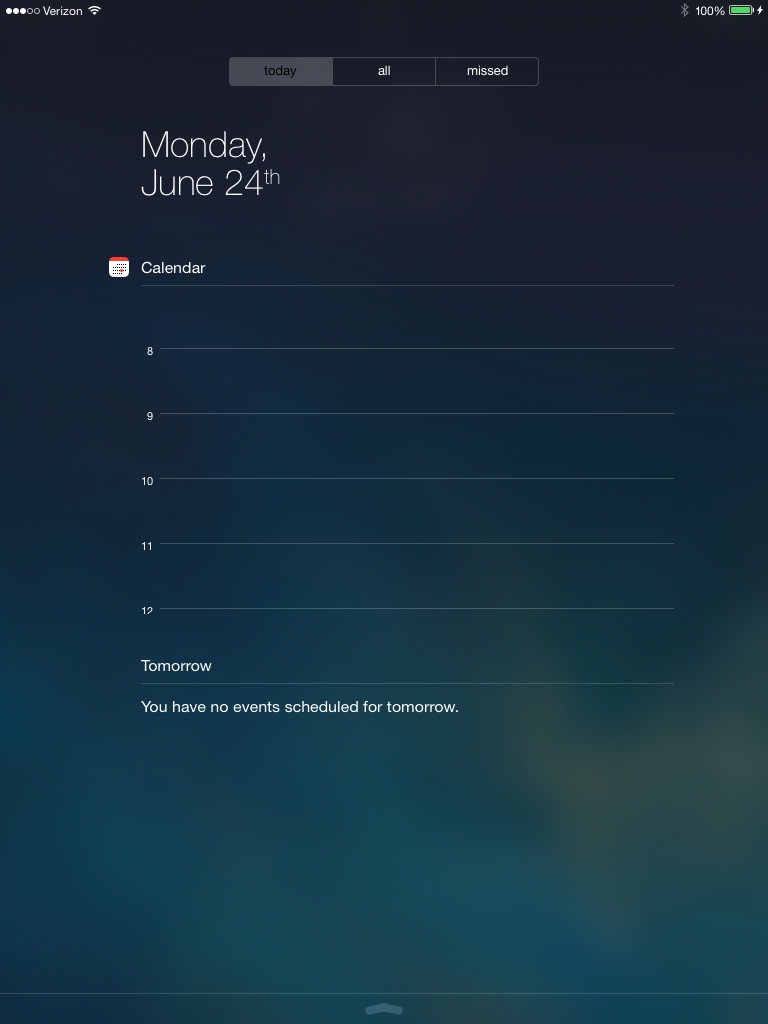 One of the best things about iOS 7 for the iPad is the fact that Notification Center is now finally full screen. No more do we have to deal with a Notification Pull down that only take up a portion of the screen space. This is a highly welcomed feature to the iPad, and it looks great with the blurred background effects present in iOS 7. 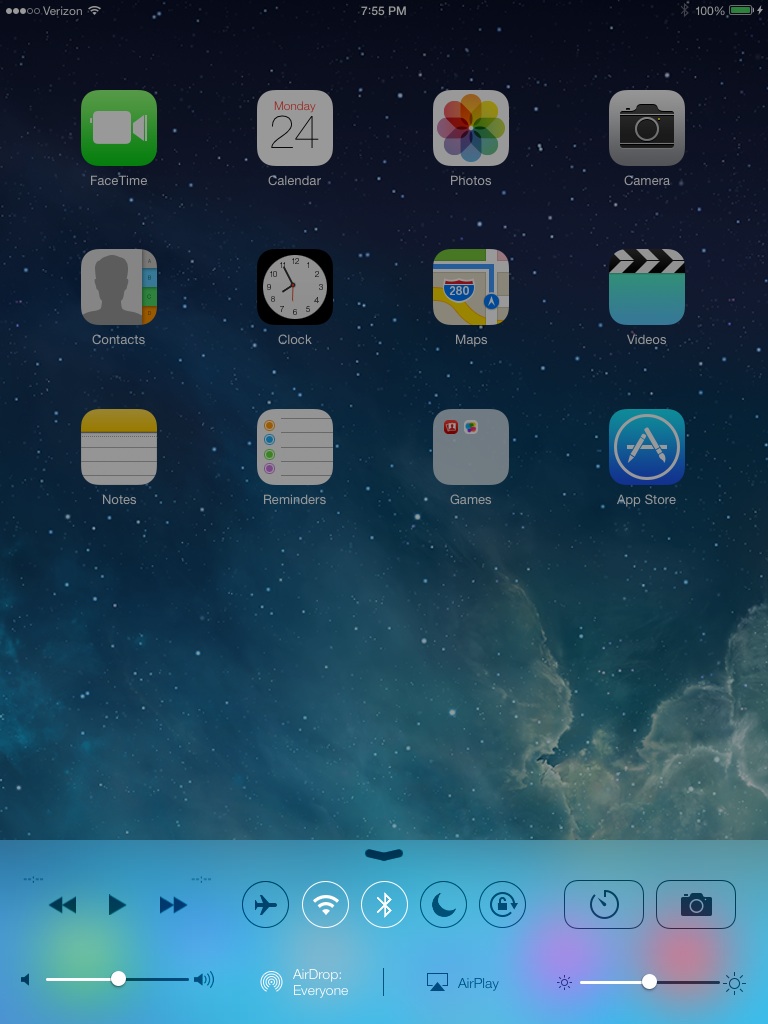 Another big feature that you’ll notice is Control Center. This is a feature that’s on the small screen devices, but it appears to be much more suited for the larger iPad screen. On the iPhone, Control Center takes up the majority of the screen, while on the iPad, it only takes up a quarter of the screen while the device is in Portrait mode. The layout is much less confusing as well, with each feature sectioned off in thirds on the iPad. Media controls are located to the left, Toggles in the middle, and frequently used app shortcuts on the right. 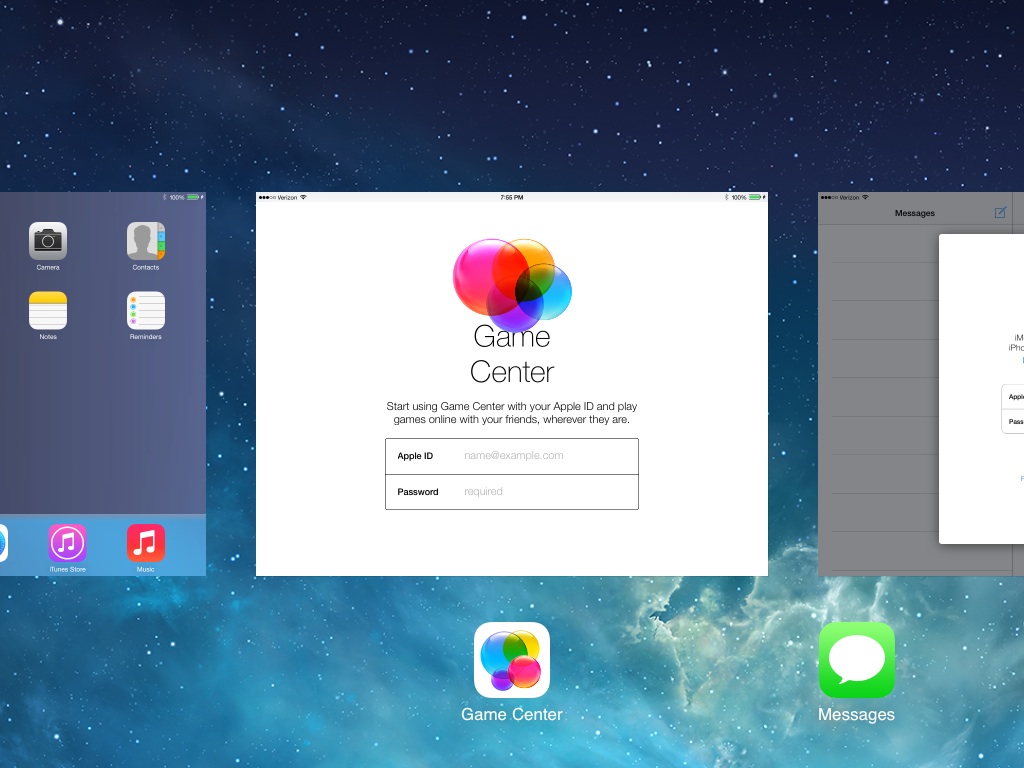 This is probably the most disappointing part of iOS 7 on the iPad. I know this is still a beta release, but Apple needs to tailor the App switcher for the larger screen, instead of just blowing it up to fill the screen on the iPad. Like the iPhone version, you can only see three running apps at once, which is just a poor use of available space. 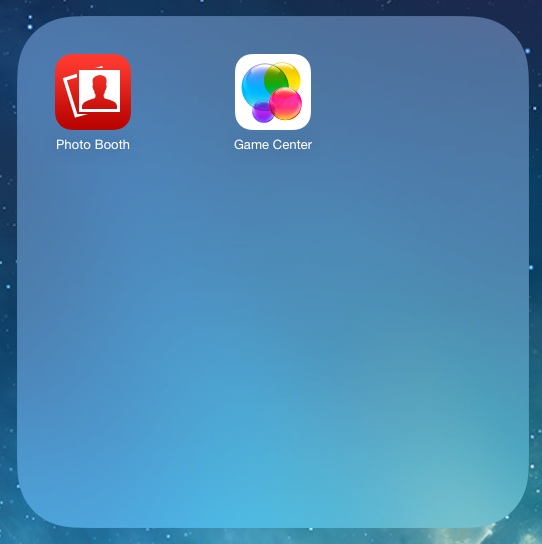 The iPad exclusive Photo Booth is here with a brand new app icon. The functionality of the app doesn’t appear to be altered, but the app icon has definitely received a makeover. You’ll also notice thinner grid lines separating the nine different effects, and iOS 7 styled buttons within the app.

Of course, iOS 7 is a huge difference when compared to previous iterations of iOS, regardless of what device you’re using. iOS 7 is a complete and total overhaul of Apple’s mobile operating system, so you should expect a huge departure from what you know when upgrading to iOS 7 on your iPad.

For me, iOS 7 on the iPad is perhaps the most compelling version of iOS 7. The extra real estate, and how Apple goes about managing the space shouldn’t be understated. Yes, it’s a bit disappointing that the app switcher didn’t receive special treatment, but I’m holding out hope that it will do things better with the next beta release. For now, having things like a full screen Notification Center is enough to hold me over until the next release.

What do you think about iOS 7 on the iPad?