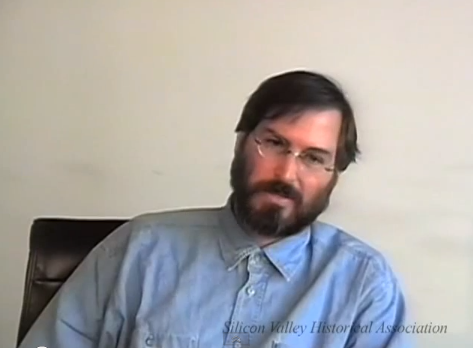 A rare, never-before-seen footage has been uncovered on the Interwebs, dating as far back as 1994. In it, a young Steve Jobs talks about his legacy. It’s peculiar in how back then Jobs thought he would be forgotten by history (go figure).

And who could blame him: the interview was conducted during Jobs’s wilderness years, at a time when he’d been running NeXT, his other startup. The clip amusingly shows us a young Jobs wearing a beard without looking like an axe murderer…

It was posted to YouTube channel EverySteveJobsVideo, as first noted by The Loop.

Running one minute and 48 seconds long, the segment is taken from Steve Jobs: Visionary Entrepreneur, a 60-minute documentary built around a 20-minute interview of Steve Jobs that was conducted in 1994 by the Silicon Valley Historical Association.

“All the work that I have done in my life will be obsolete by the time I’m 50,” Steve quips.

Check out the clip embedded right below.

By the time I’m 50, everything I’ve done up until now will be obsolete. This is a field where one does not write a principia which holds up for two hundred years.

This is not a field where one paints a painting that people look at for centuries, or build a church that will be admired and looked at in admiration for centuries.

As pointed by John Paczkowski of AllThingsD, that’s one Steve Jobs prediction “that was a little off”.

The entire Steve Jobs: Visionary Entrepreneur documentary has Jobs giving advice to young entrepreneurs and talking about risk and the willingness to fail and his life philosophy.

According to the Silicon Valley Historical Association:

Here’s a trailer for the documentary.

The uncut 1994 Steve Jobs interview is available here as a QuickTime digital file, costing ten bucks. Note that much of this footage has been incorporated into the documentary.

Speaking of which, Steve Jobs: Visionary Entrepreneur is available from the Silicon Valley Historical Association as a $14.99 download, a $24.99 DVD or a $4.99 audio track (put it on iTunes and we can talk).

Steve of course famously had an ego larger than life so it’s kinda funny he thought he would be forgotten for his work.

“We’re here to put a dent in the universe. Otherwise why else even be here?” is one of my favorite Steve Jobs quotes.