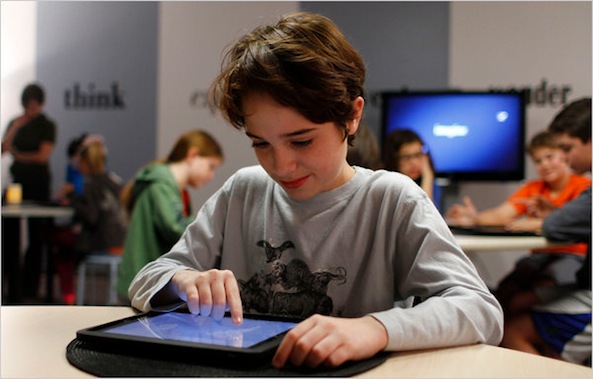 Apple again is flexing its muscle in classrooms. Every student in the Los Angeles Unified School District will receive an iPad, a contract worth $30 million. Apple has received the nod from the nation’s second-largest school district as students and teachers overruled Microsoft, which argued its tablets better prepared school kids for the workplace.

In a unanimous vote, the LA school district board approved the contract to pay $678 per Apple tablet, one member telling The Los Angeles Times newspaper that the deal is “as big as they come.” The contract is just the latest sign schools with tight budgets are opting for less-expensive tablets over traditional PCs for the classroom…

The iPads will arrive with educational software preloaded.

The contract is a defeat for Microsoft, which suggested the school district should not limit students’ choices to Apple, particularly since Windows is used by most businesses. However, LA school district staff declared “Apple’s iPad the superior product,” according to The Los Angeles Times.

In 2012, one analyst said Apple’s iPad was “cannibalizing” PC sales for the classroom.

While PC sales fell 13.9 percent between the June 2012 quarter and the same period in 2011, demand for Apple’s tablet rose by nearly 1 million units, according to Charlie Wolf of Needham & Company.

That assessment was confirmed earlier this year, as we reported eight million iPads were sold into educational settings worldwide.

Along with the LA school district pact, Apple is also credited with helping Idaho schools removing 20,000 paper copies per month – in just one school. Other districts include Illinois and Maine, which publicly shared its contract with Apple as an example for other schools.

What’s left for Apple and the iPad’s entry into schools?

Texas would be a crowning achievement.

The state’s legislature earlier this year approved the use of tablets in the schoolroom.

The Eanes school district in January became one of the first districts in the Lone Star state to provide an iPad 2 to every student in K-12, a contract with Apple worth $1.2 million.