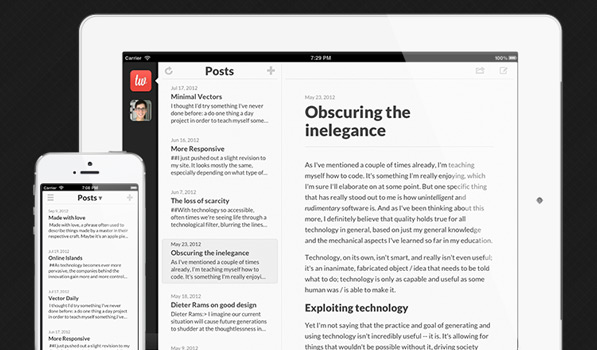 If you blog on the go using your iPhone or iPad, chances are you’ve switched from the somewhat clunky WordPress iOS app to Poster, an elegant iOS blogging client by developer Tom Witkin. In a blog post Monday, Tom confirmed he sold out Poster to Automattic, a company which happens to run WordPress.com. Here’s what you should expect if your daily blogging depends on either the Poster or WordPress app…

For starters, Poster’s Tom will be joining the Automattic team along with other Poster employees. By the way, Automattic, Inc. (the name plays on its founder’s first name Matt) runs WordPress.com and contributes to the WordPress project. It was founded in August 2005 and employs 150 people.

Following the news, the Poster app has been removed from the App Store.

Of course, if you’ve already bought it you can always re-download it using the iTunes Store’s Purchased section. Tom will continue supporting users, but don’t get your hopes up too high for a flattened iOS 7 version of Poster anytime soon.

MacStories editor Federico Viticci was able to verify that “the best features of the app will be incorporated into the official WordPress app over time.”

I’ve been using Poster to update iDownloadBlog on the move and I’m saddened by its removal from the App Store. Having said that, however, should the acquisition mean that WordPress’s iOS app will now be incorporating some of Poster’s ingenuity, I’m all for it.