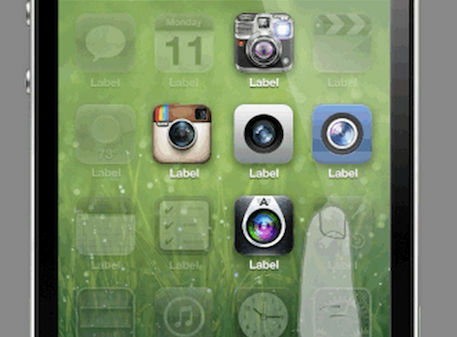 The news cycle was completely dominated by iOS 7 this week. As most of you know, Apple took the wraps off of its next generation mobile operating system on Monday during its WWDC keynote. And good or bad, people can’t stop talking about it.

But that doesn’t mean things have quieted down on the jailbreak front—it’s just the opposite. Caughtinflux, an iOS developer and one half of the group A3Tweaks, announced this week that him and Sentry have a new jailbreak tweak in the works.

And it looks awesome…

As noted by iFans, Caughtinflux tweeted out a sneak preview of the tweak, which he says is ‘coming soon.’ The tweak hasn’t been given a name yet, but it’s based on a concept that Sentry posted to his dribble account called ‘fan out app grouping.’

Excuse the bad colour, but here’s a sneak peek at @A3tweaks‘s latest production, by @Sentry_NC and me. Coming soon! http://t.co/OhuBw3AFSN

From the short demonstration, it looks like the tweak aims to change how users group apps together. Forget folders, with this tweak you’ll be able to hide 4 apps behind an icon on your Home screen. And a quick swipe down on that icon reveals them.

The example in the top image shows how you could use the tweak to hide third party camera apps behind the stock Camera app icon. So while only the stock app icon shows up on your Home screen, the third party apps are just a quick swipe away.

I personally love the concept, as I like to keep my iPhone’s Home screen looking clean, but I also use a lot of third party apps. With this tweak, it looks like I’ll be able to do both. And the cool fan-out animation of the apps is just icing on the cake.

There’s no word on when exactly the package will be available. But as usual, we’ll let you know as soon as we have more details.