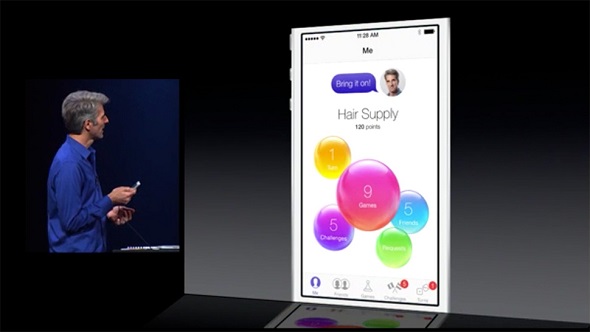 All the talk about iOS 7 is, rightly or wrongly, revolving around the aesthetic changes that Apple has made, but that doesn’t mean that there aren’t plenty of alterations under the hood. Game Center, a feature often ignored by many, is receiving some much needed love with this update and those pesky cheaters are top of the agenda.

Whilst adding new Game Center features that aim to make recognizing cheaters as easy as possible for developers, Apple is also adding other development tools that will make the whole Game Center experience better as a whole. Improved leaderboards and challenges are just two of the changes coming in iOS 7.

With rampant cheating and high scores that have obviously tampered with, Game Center is set to receive its biggest overhaul yet, and most people won’t even notice what’s changed…

When it comes to dealing with those pesky cheats, Apple’s aim is to cut them off at the source. With iOS 7, Apple is integrating signed submissions to its Game Center leaderboards, meaning the company can reject score submissions that have been tampered with. It will also allow developers to set score ceilings based on realistic in-game totals, meaning those trying to submit huge scores will simply find their fake totals do not show on leaderboards.

Developers will also now have access to new tools that will help them recognize suspicious activity and to then manage the players accordingly. Cheaters could potentially be blocked should the developer see fit.

Beyond recognizing and dealing with cheats, Apple is also adding new Game Center features that will help developers make more compelling offerings to fans of leaderboards and multiplayer gaming.

Developers will now be able to have up to 500 leaderboards in their games, with the ability to categorize those leaderboards based on things like difficulty now being added to the developer’s arsenal. These leaderboards can also now be managed directly from iTunes connect.

Multiplayer games will also benefit from improved challenges, with a new friend picker and message composer being added to challenges, and developers will be able to take finer control of how those challenges behave. Developers could specify a particular car to be used for a challenge, for example.

Other improvements are afoot, such as support for game pads and improvements to turn-based multiplayer. Let’s hope that Game Center becomes more than something we try to avoid launching in the future!

Are you a fan of Game Center, or do you find it lacking in features, too?