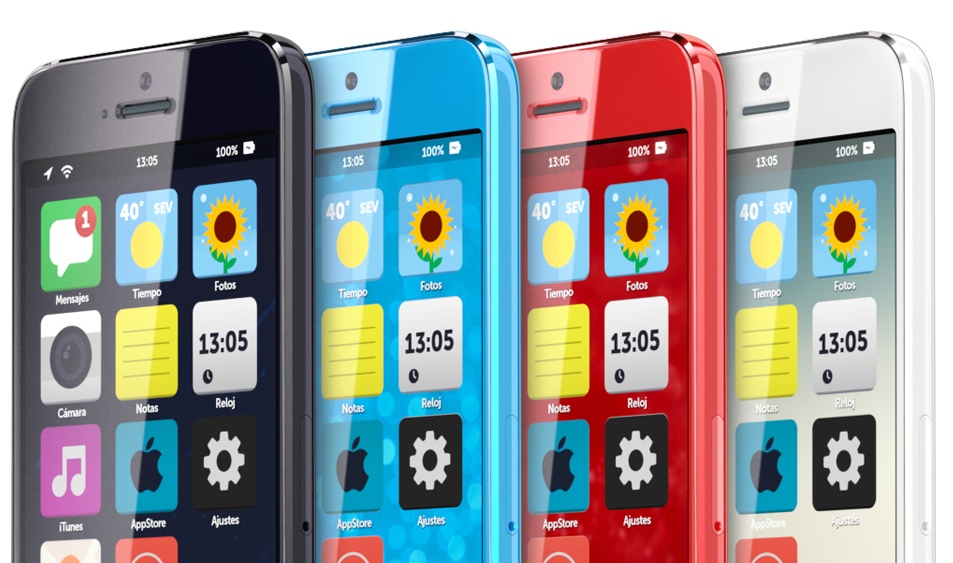 According to a Reuters report Thursday, Apple is talking to its suppliers and manufacturing partners about producing multiple iPhone models in the next year or so, including a long-rumored less expensive iPhone in a range of color choices and two larger-screen models. The report asserts Tim Cook & Co. are adamant to iPod-ize the iPhone by offering more screen and color choices in order to appease to those smartphone buyers who are increasingly considering larger form-factor devices to enjoy their media, surf the web and enjoy their content on a bigger screen…

Reuters writes that Apple is considering launching 4.7-inch and 5.7-inch iPhone models in six different colors next year. In addition, the story goes, Apple has floated the budget iPhone price of just $99 althought “it’s not yet clear what the final price would be”.

“They constantly change product specifications almost to the final moment, so you’re not really sure whether this is the final prototype,” said one person involved in the matter.

Apple’s plans are still “under discussion” and nothing has been set in stone yet.

The news organization claims Apple is on track to release both the iPhone 5S with fingerprint scanning and cheaper iPhone models. Test production of both models will start next month, with mass production ramping up in August to meet a September launch target, according to sources.

Sharp, Japan Display and LG Display are said to supply screens for both iPhone models. Foxconn should build the high-end iPhone and Pegatron is said to make the low-end plastic model. All told, Apple is expected to ship 20 million budget iPhones in the October-December quarter.

“The mixing of colors is taking longer than expected as Apple has very high and idealistic standards,” according to one supplier.

Tim Cook during his D11 talk said Apple at the moment isn’t interested in blowing up the iPhone’s screen due to trade-offs that include screen resolution and brightness concerns, as well as battery life.

“That doesn’t shut off the future,” Cook said.