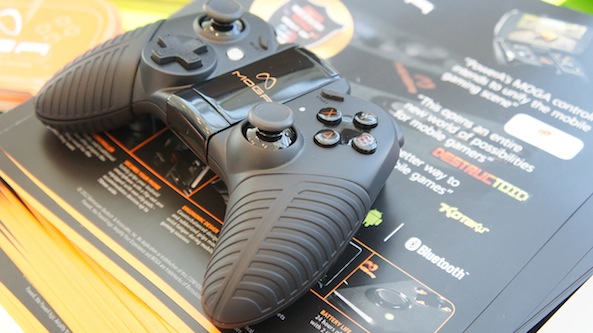 Yesterday we talked a little bit about a new feature (or rather, developer API) in iOS 7 that offers support for MFi (Made for iPhone) certified hardware game controllers. This will be the first time that Apple has officially supported third party gamepads.

Today a few more details have surfaced about Apple’s plans regarding these controllers. A new report is out this afternoon claiming that the Cupertino company is working with the likes of Logitech and MOGA to produce a new line of iOS gaming peripherals… 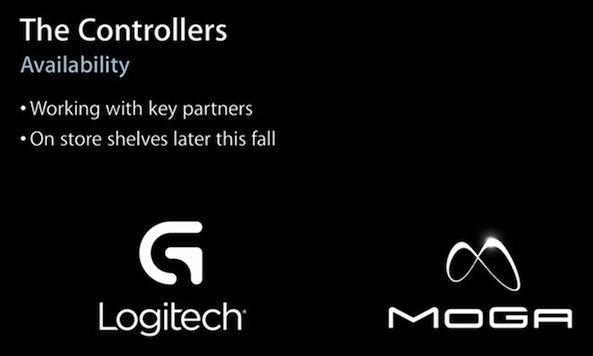 “During the session, which is available as a video to all registered Apple developers via the WWDC app, it was also announced that Logitech and Moga are already collaborating on initial hardware designs for the game controller.

A closer look at the presentation, however, revealed just how serious Apple is in making standardized game controllers a reality in iOS 7. Titled “Integrating with Game Controllers,” speakers ran through a fairly comprehensive set of app frameworks and other assets that will help developers code games for the proposed controllers. Logitech even had prototypes on hand.”

Apple apparently offered two hardware examples during the session, similar to the two we outlined in yesterday’s report. One was a form-fitting controller, that wraps around your iPhone or iPod touch, and the other was a standalone model that connects wirelessly.

The report goes on to say that while Apple touted the benefits of having standardized hardware specifically for iOS gaming, it made it clear that it should not be required. It is, though, looking to help app developers deploy game controller-ready titles in its MFi initiative.

It’ll be interesting to see how this plays all out. Apple’s iOS is already one of the top gaming platforms, and that’s without it really putting a lot of resources behind it. Imagine what it will be like with this new gamepad support, and possibly Apple TV support, in the future.