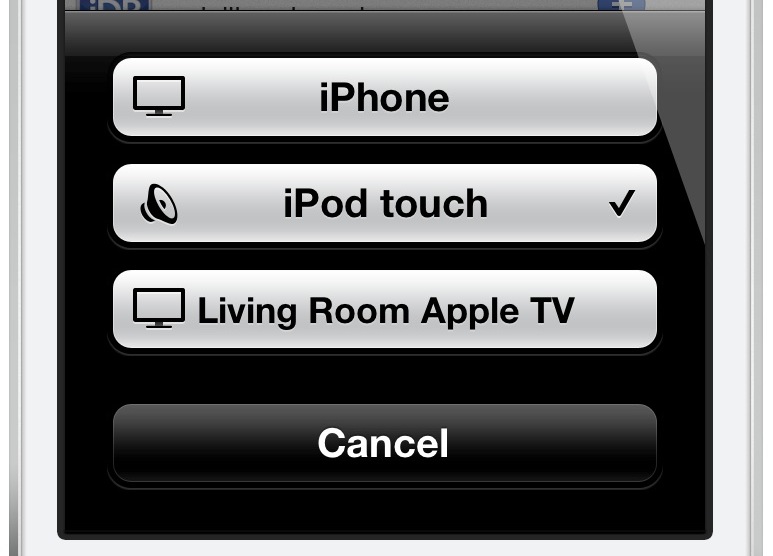 Looking for a quick and dirty way to turn any jailbroken iOS device into an Airplay receiver for audio? Have an old iPod touch laying around that’s collecting dust? If so, then you may want to have a look at a recently released tweak called AirPlayServer.

AirPlayServer is a tweak that allows you to use a jailbroken iOS device as an AirPlay speaker. In fact, if you hook a pair of speakers up to the device’s headphone jack, you’ll really have something special. Have a look inside for a brief video demo that shows how it works…

Once installed, there are no options to configure on the device. From here on out, AirPlayServer will be listening for a connection, and you can use any iOS device to connect to the device with AirPlayServer installed.

As stated, this can be really useful if you have a set of speakers hooked up to the device with AirPlayServer. Essentially, this allows you to have your own custom set of AirPlay enabled speakers.

AirPlayServer is a free jailbreak tweak and it’s available right now from Cydia’s BigBoss repo. Keep in mind that this tweak only allows you to use voice over AirPlay, as video doesn’t appear to work. Let me know what your experience has been like with the tweak.