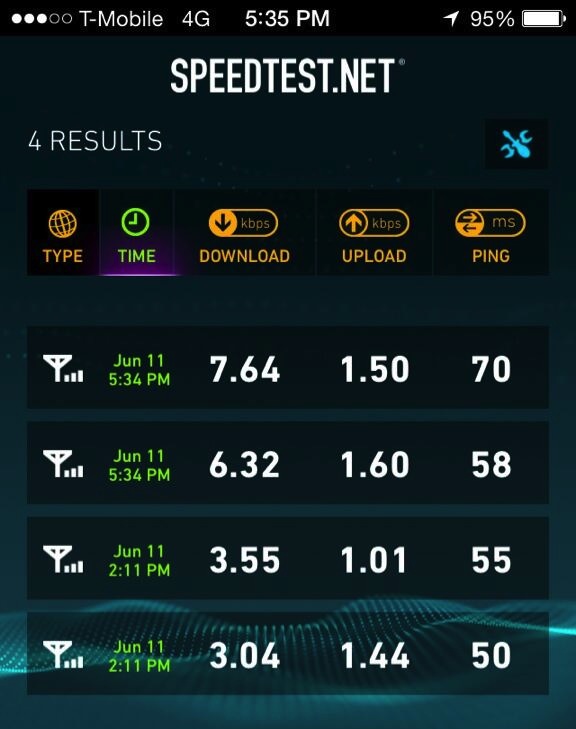 Folks with an iPhone on T-Mobile might be interested to hear that there’s a new hacked carrier update available that promises a number of enhancements. It was created by the same folks who brought you hacks for Sprint, Verizon and AT&T.

This time around, the developers say that the modded update is good for more than just speed improvements. For iPhone 5 users, it adds a 4G toggle so you can switch it off to conserve battery life. And for 4S users, it adds HD Voice support…

HD Voice (or Wideband audio) is a technology that extends the frequency range of traveling sound, essentially making your phone calls sound clearer. T-Mobile added support for this in a previous carrier update, but it was only for the iPhone 5.

But with this new hacked carrier bundle, 4S users can supposedly get in on the HD fun, and iPhone 5 users can enjoy faster data and other improvements. The hack behaves differently for every model, so you’ll want to read up before trying it.

Joe from iTweakiOS breaks it down:

“iPhone 5: This hack enables Release 9 DC-HSPA+ on the iPhone 5 as well as IPv6 capabilities. Though T-Mobile has not yet upgraded their network to support these speeds, the device itself becomes more open to an increased amount of bandwidth thus allowing for better throughput of data and data connection. This hack also includes a fix to any and all iPhone 5 users who have experienced degraded/weakened signal over the past couple of months on the PCS and/or AWS bands, though a lot of this could be due to the eminent release of LTE in many upcoming markets as this is normal. The issue was due in part to the carrier update. It set the band preference for HSPA+, even if your iPhone 5 doesn’t support it, to AWS 1700MHz which can cause conflictions and problems for those devices that don’t support that band. The setting has been set back to the default “auto” setting and should help the 4G signal perform a bit better, whether your iPhone 5 is PCS only or dual PCS/AWS. For those with an iPhone 5 that supports AWS, this hack will also help you as well as it will connect to the strongest tower (PCS and AWS) rather than the preferred type of tower.

iPhone 5 (A1429): This hack does the same as mentioned above, but since you guys are left out of the LTE loop, we figured we would give you guys some functionality back. Rather than having the LTE Toggle, you guys now have the 4G Toggle to switch between EDGE and HSPA+ for stronger signal when HSPA+ is not available and to conserve battery, especially if you are on iOS 7 and experiencing any battery draining issues.

iPhone 4/4S: This hack enables HD Voice like what the iPhone 5 users have and gives 4S users a slight speed boost for HSPA+. It also gives some network optimiation settings that may benefit you as well. This also includes IPv6 capabilities as well.”

As usual, the modded update comes with a huge asterisk. There’s no guarantees that it will work for everyone. Your success with it will depend on a number of factors, including your location, population density, and your nearby cell towers.

Those wanting to try out the hack can find step-by-step directions. The tutorial covers 4 iPhone models: the 4, 4S and two versions of the 5. And for what it’s worth, Joe says it’s also compatible with the newly released iOS 7 beta.

We haven’t tried the hack out ourselves yet, but readers have seen a lot of success with similar hacks for Verizon and Sprint. Plus, Joe himself has posted before and after photos (shown above) as evidence that the mod works as advertised.

Have you tried it yet? Let us know how it goes in the comments below!