We reported last Friday that T-Mobile had begun deploying a special over-the-air (OTA) update which enables support for its LTE, HD Voice, the 4G indicator, Visual Voicemail and other network-related features on the existing (and unlocked) iPhones the company has been hosting on its network.

But soon after, the Deutsche Telekom-owned wireless carrier pulled a support document highlighting all of the changes that the OTA delivered, leading us to believe it prematurely rolled out the update.

TmoNews notes that owners of the iPhone 3GS/4/4S/5 who use T-Mobile’s network can simply go to Settings > General > About. If there’s an update available for your device, you should see the prompt.

If not, you can download the IPCC file straight from Apple using this direct link and toss it on your iPhone through the desktop iTunes app. OSXDaily has the full instructions on using IPCC files with iOS devices by enabling carrier testing mode in iTunes.

This carrier bundle turns on T-Mobile LTE for the iPhone 5, “and just enables general service for all the other iPhones,” according to TmoNews. 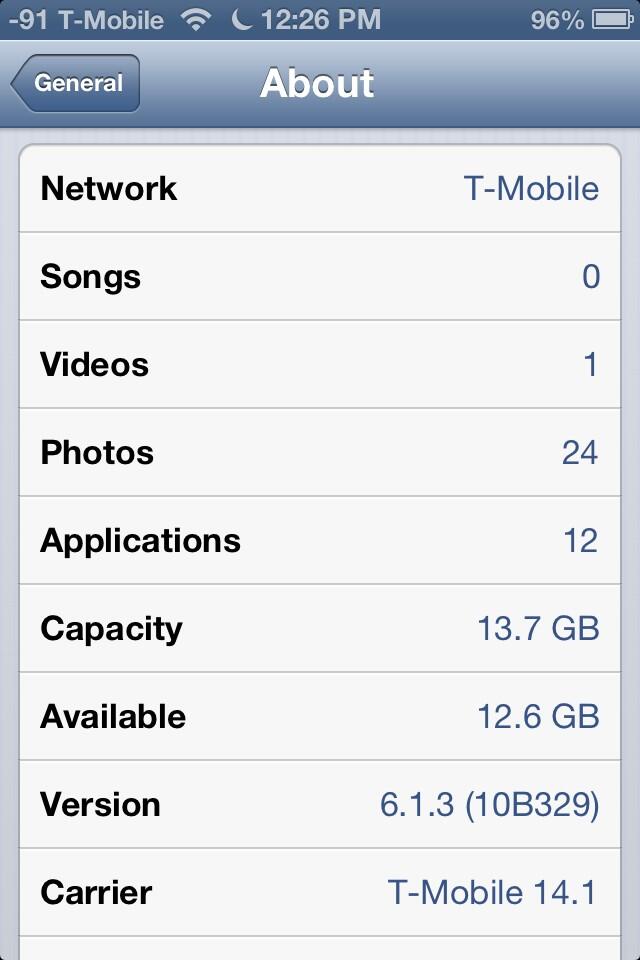 Per T-Mobile’s own prematurely published (and subsequently pulled) support doc, the IPCC enables the following:

You may want to restart your device following the update.

By the way, I’ve read some folks lost their tethering after applying the IPCC so proceed with caution. Of course, if you’re jailbroken you could always get tethering back with TetherMe from Cydia.

Most people confirm the carrier update apparently works perfectly on jailbroken devices so you should be fine, but I myself cannot attest to this yet.

As you know, T-Mobile will start officially selling iPhones this coming Friday, April 12.

The new Simple Choice Plan offers unlimited talk, text and web and customers can upgrade to unlimited data (an extra $20), a second line (an extra $30, or $10 a month for each additional line) and more.

As for the carrier update, we very much invite T-Mobile customer who applied it to share their impressions down in the comments.