Great news for those not standing in line at Moscone West right now: Apple will live stream the entire WWDC keynote via the Apple TV.

This really is awesome news, and it’s a huge treat for those of us who own an Apple TV. In fact if you check your device right now, you should see the official WWDC app on the Home screen. 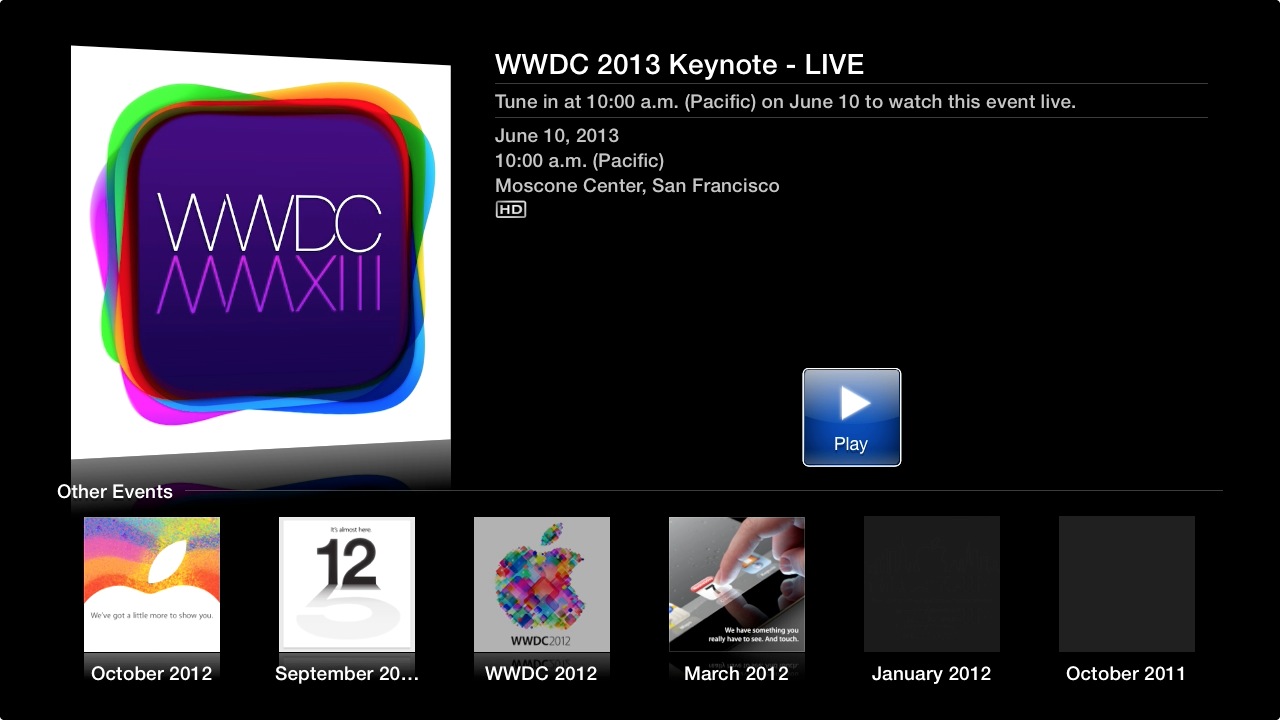 Yes, Apple has provided a live stream via the Apple TV in the past, and it was fairly decent. If memory serves correctly, the Apple TV stream experienced a few hiccups the last time it used it to stream a keynote, but it wasn’t half bad, and certainly better than following updates via Twitter, or one of the gazillions of live blogs available during the keynote.

But what if you don’t own an Apple TV? Don’t fret. Apple just confirmed you’ll be able to stream the event via an iOS device, or directly from Apple’s website.

Of course, we’ll have everything covered here in depth at iDB, and we’ll be able to provide our opinions about the announcements that happen during the keynote. We’re totally prepared, are you? Will you be streaming the keynote?