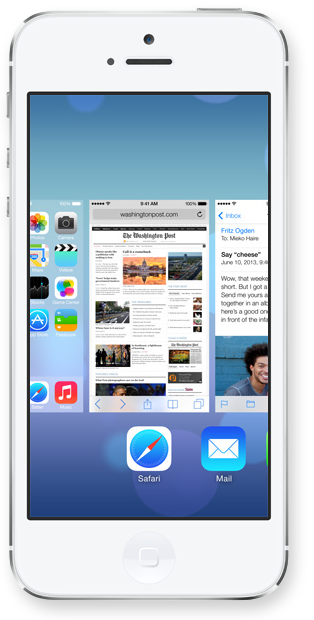 The new multitasking includes a completely redesigned app switcher with full screen app previews, which will make it much easier to identify running apps. Needless to say, it’s a pretty radical change from the current concept of multitasking in iOS…

Multitasking has always been a smart way to switch between apps. Now it’s even smarter. Because iOS 7 learns when you like to use your apps and can update your content before you launch them. So if you tend to check your favorite social app at 9:00 a.m. every day, your feed will be ready and waiting for you. That’s multitasking in iOS 7. It knows what you want to do before you do. 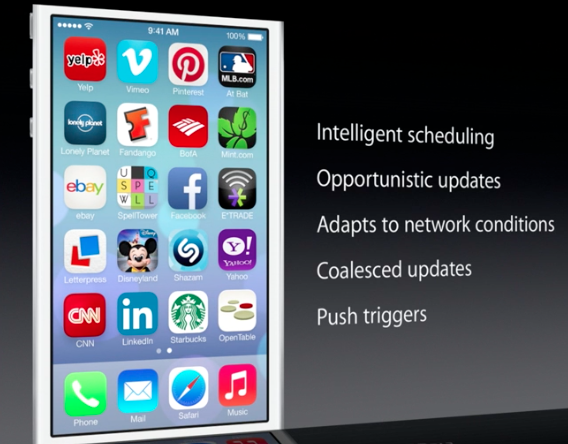 Intelligent update scheduling for apps makes it so that the apps you use the most pull in updates most often, and your most-used apps gain priority when it comes to background sharing.