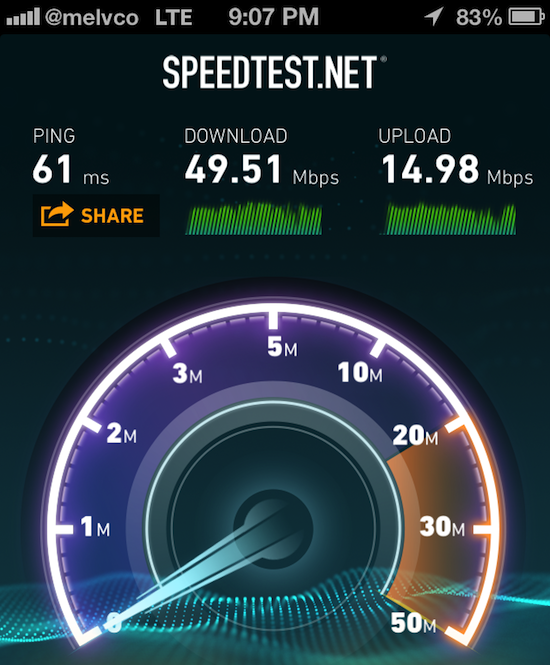 Yesterday, a report surfaced claiming that Apple was intentionally throttling data speeds on iOS devices. It was written by the developer behind the recent flurry of hacked carrier updates, with plenty of evidence, so it’s not surprising that it gained some traction.

But the folks over at AnandTech have done some further investigating, and according to their findings, neither Apple nor the accused carriers are arbitrarily capping the data speed of iPhones and cellular-capable iPads…

“The reality is that this is simply not the case. Apple doesn’t limit cellular data throughput on its devices — there’s both no incentive for them to do so, and any traffic management is better off done in the packet core of the respective network operator rather than on devices. Sideloading tweaked carrier bundles isn’t going to magically increase throughput, either.”

According to the site, the author of the original report misinterpreted some of the settings listed in the .plist file of the carrier bundles, leading to the false conclusion that there’s some “throttling conspiracy” at play here, when  really there isn’t.

“The two keys here with the word “throttle” in them refer purely to a retry interval throttle to prevent the phone from continually trying to reattach to an LTE network in the case of some error. The name alone seems to be the burden of proof here that this is “throttling,” however it could just as easily be renamed “retry interval timeout” and serve the same function.”

The author of the original report, Joseph Brown, hasn’t commented on AnandTech’s findings. But he has since deleted the post, and says he is no longer working on carrier hacks—which is a shame, because they seemed to be working well for a lot of folks.