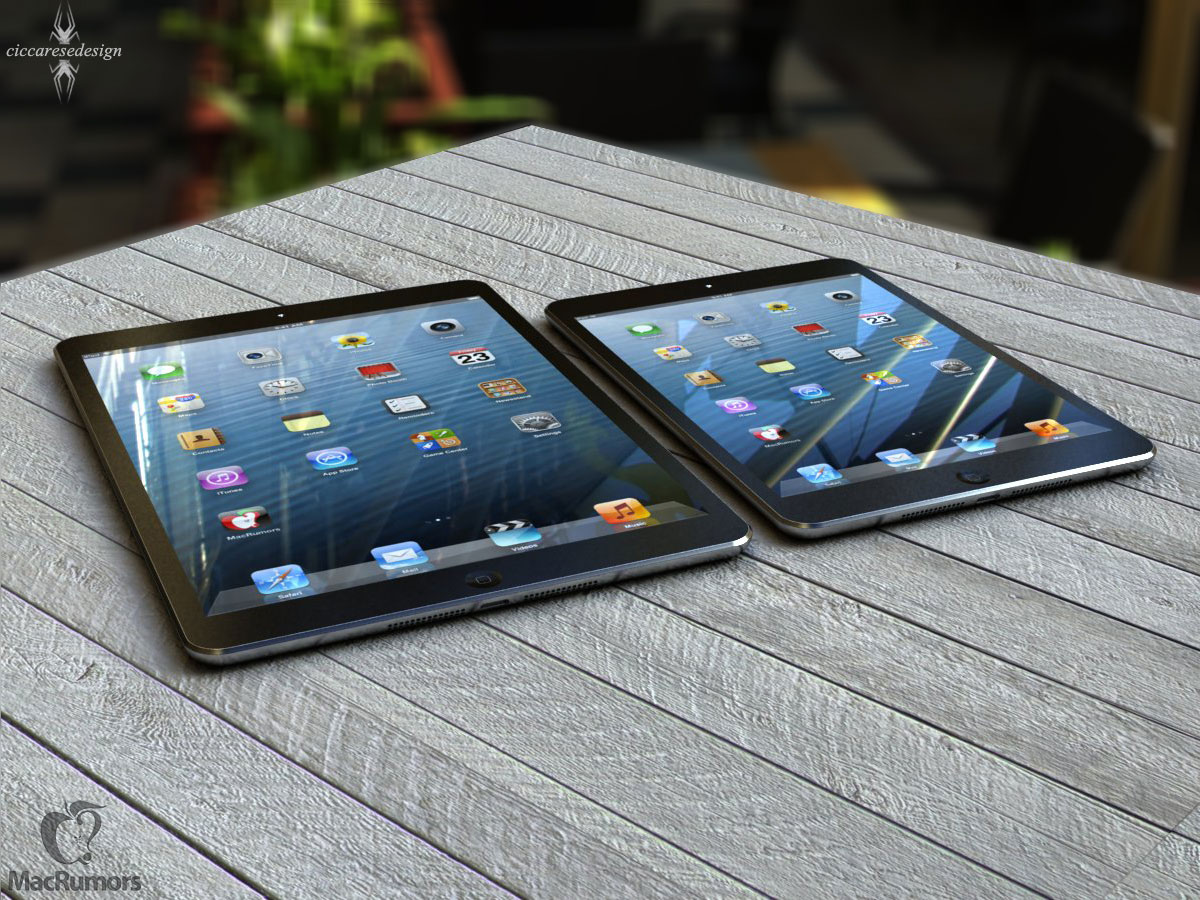 This year has been kind of a weird one for Apple in terms of product releases. It’s June now, and we have yet to see a new iPad this year (no, I’m not counting the 128GB model). That hasn’t happened since the tablet’s inception back in 2010.

But it’s coming. Or should I say they’re coming. Apple is expected to release both a new iPad and iPad mini this year. And according to a new report out of China, the former is coming in Q3, and the latter will arrive just before the holidays…

“Volume production of a new-generation 9.7-inch iPad will begin in July-August with shipments in the third quarter estimated at five million units. Meanwhile, a second-generation iPad mini may see its volume production postponed from September to November, according to Taiwan-based supply chain makers.”

The site goes on to offer up further details on the larger iPad, saying the tablet will adopt a thin-film touch panel solution to reduce its weight by 20-30% and thinner bezels to increase its display area. It will also sport a ‘modified’ industrial design.

Admittedly, DigiTimes has a fairly hit-or-miss track record with Apple intel. But it’s worth noting that the site has been correct on a number of occasions, and today’s report of a redesigned fifth-gen iPad matches up perfectly with previous chatter.

As for the new iPad mini, the reason for its delay is believed to be the result of one of two things: either Apple is worried that the smaller tablet will continue to impact [9.7-inch] iPad sales, so it wants to space their releases out, or the supply chain is simply having trouble mass-producing them.

Either way, it sounds like we could see the iPad 5 at a September event, possibly alongside the iPhone 5S, and the new iPad mini at an October or November event. That may seem kind of weird considering they were introduced side-by-side last fall. But then again, this has been kind of a weird year for Apple.