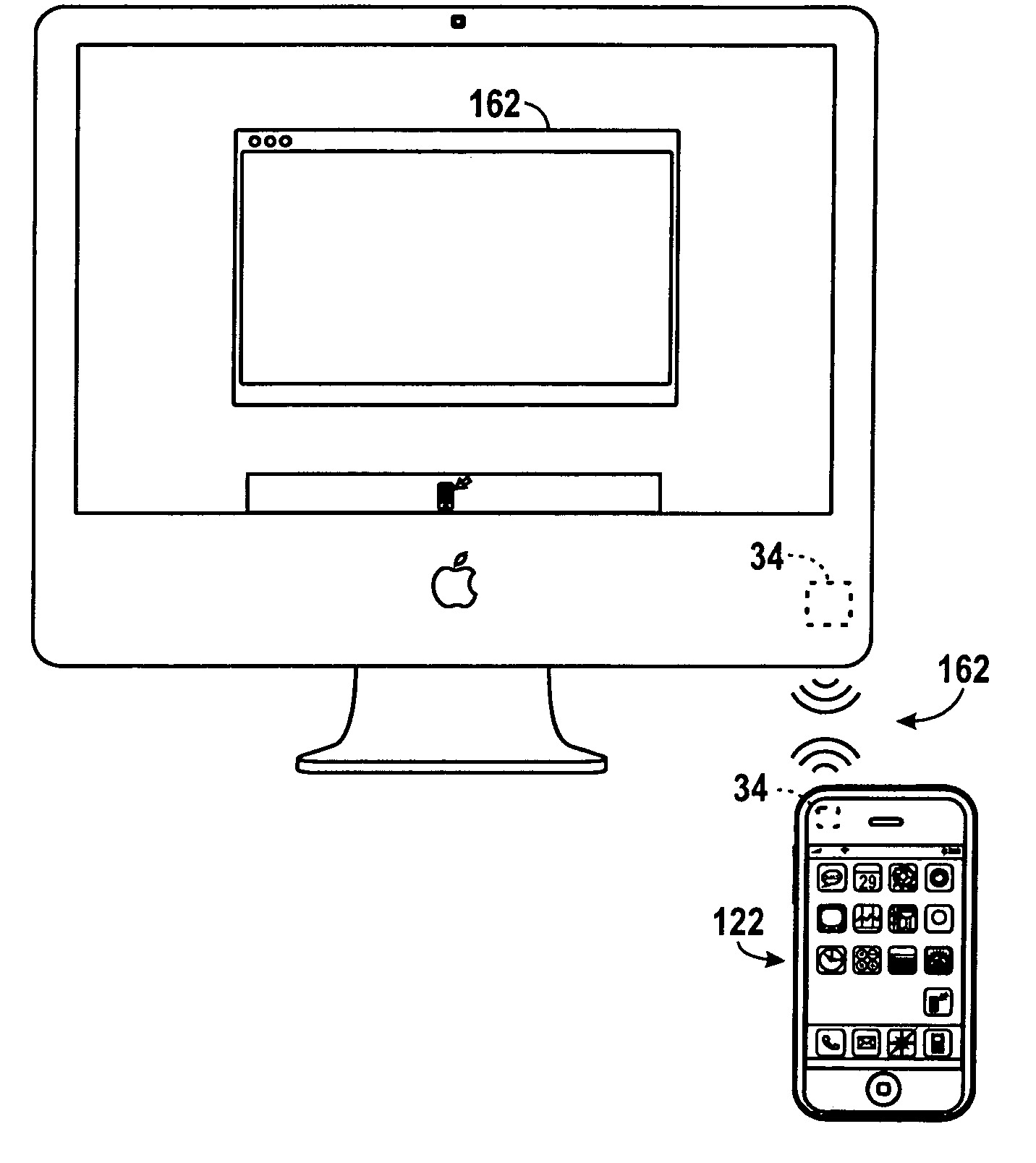 A 2009 Apple patent application is gaining renewed attention, not only because the U.S. Patent and Trademark Office (USPTO) today issued a patent to the iPhone maker, but how the technology could keep pace with smartphone rival Samsung.

At issue is finding a way to easily transfer data between handsets and desktop computers. The patent, titled “System and method for simplified data transfer” describes how two Apple devices could wirelessly sync data using Near Field Communication (NFC) technology, a system as yet unavailable in Apple products but part of Samsung’s S Beam feature on select NFC-enabled Galaxy devices…

Apple, in a summary of the 84-page patent further explains:

Such simplified data transfer may include initiating communication using near field communications (NFC) between two devices.

Next, data associated with open applications on of the two devices may be saved. Transferring the data may take place using a peer-to-peer connection other than via NFC.

In other words, a normal Wi-Fi or Bluetooth connection could handle the actual data transfer. 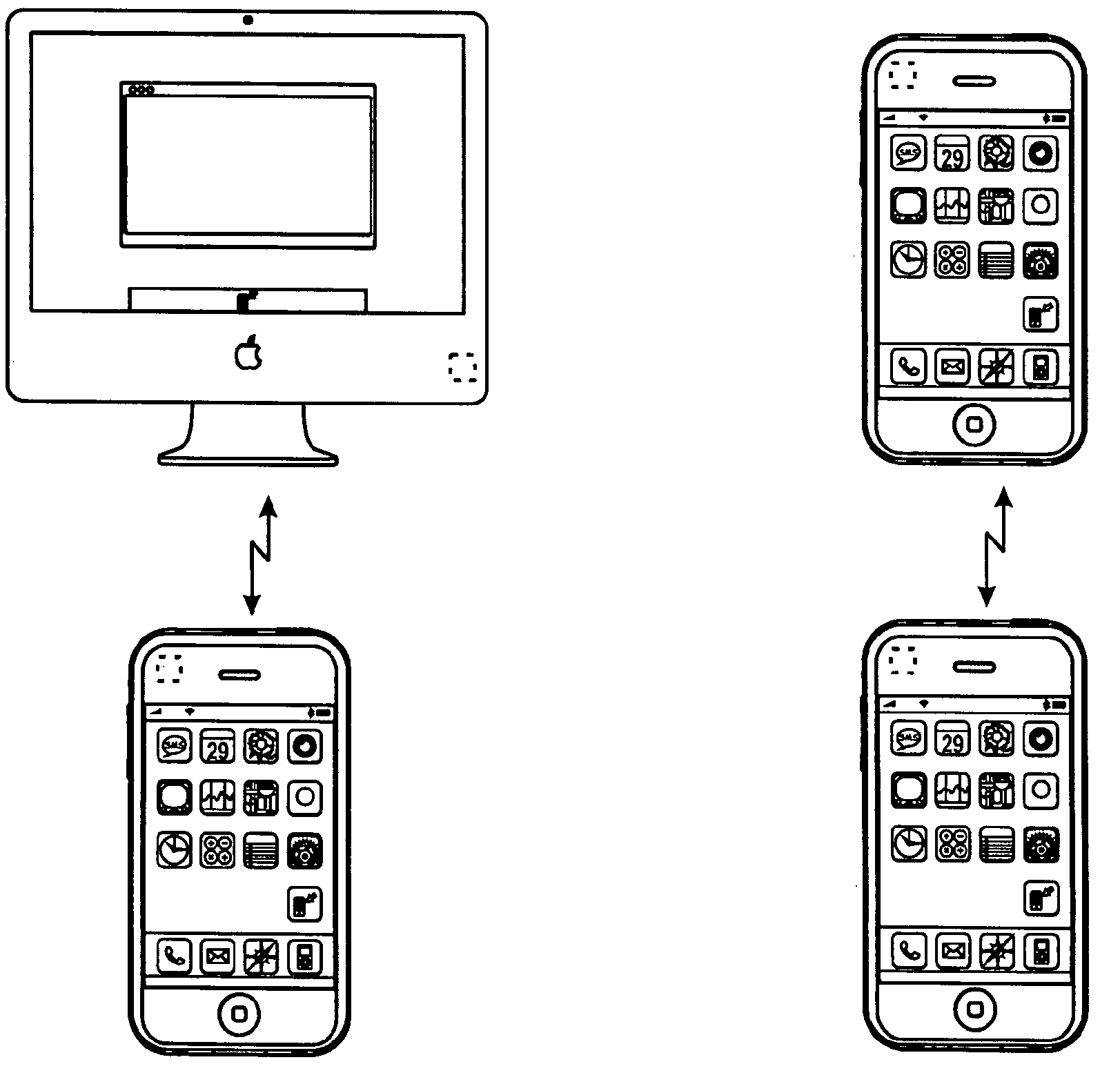 In one example, a user could tap a Mac with his iPhone.

NFC would sense the two devices and initiate a Wi-Fi connection to transfer a Keynote presentation from the desktop computer to the handset.

The patent matches up with recent talk of Apple possibly implementing an AirDrop-like file transfer feature in iOS 7. As well, an earlier Apple patent outlined data transfers when devices were in close proximity. 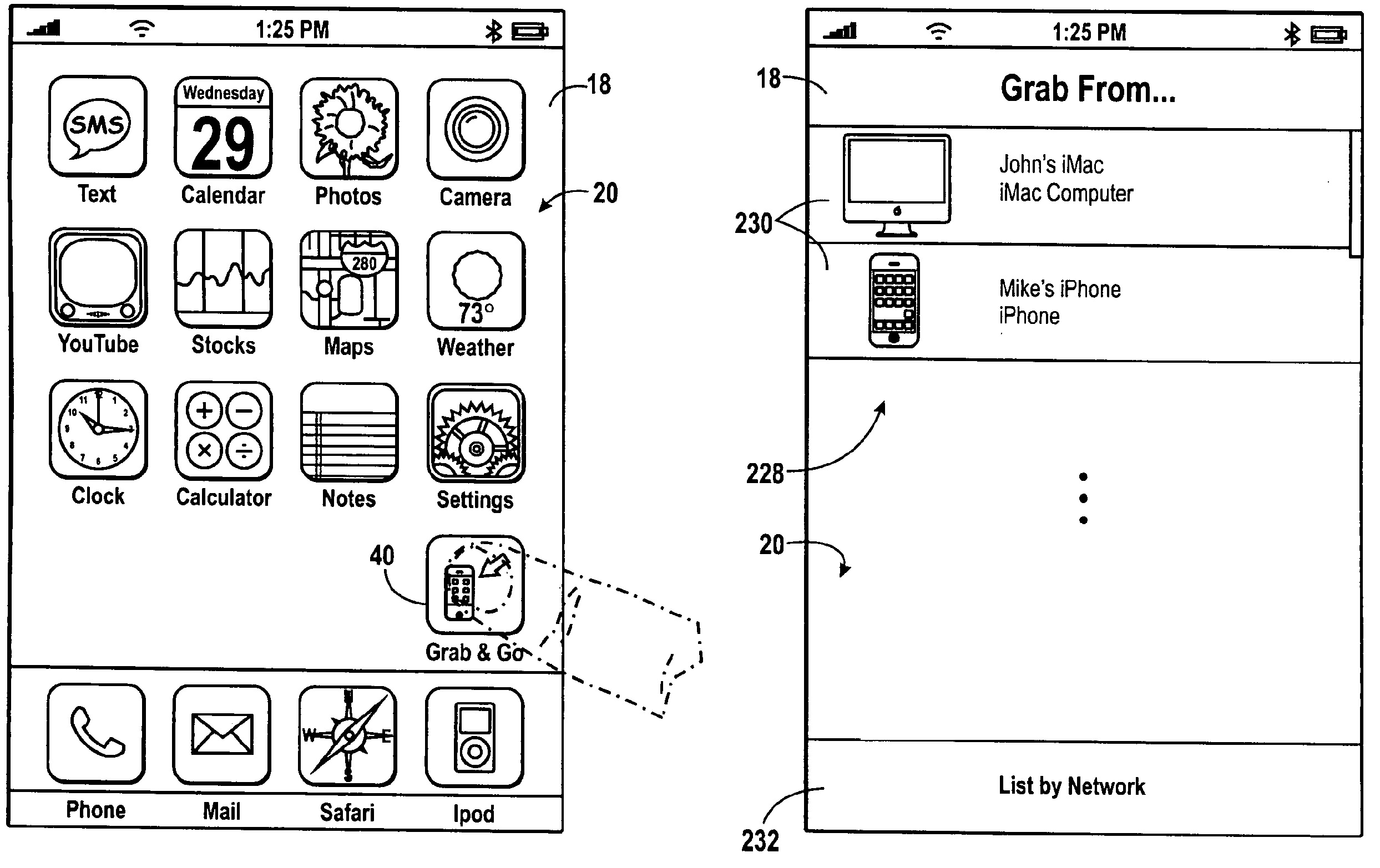 Although Samsung’s S Beam tech is more in line with Apple’s vision – again, which calls for an NFC connection kicking-off a Wi-Fi transfer – Samsung’s feature is currently limited to sharing media, such as photos and videos. By contrast, Apple’s implementation would also support other file types, including music.

Like many other patents, this one describes technology not included in Apple’s current devices. Although most of Apple’s patents never get used, the absence of NFC in iPhones prompts us to wonder whether the patent published today could foretell NFC iPhones that support AirDrop-like device-to-device transfers.

Or, perhaps it simply provides more ammunition against Samsung should another court battle erupt.