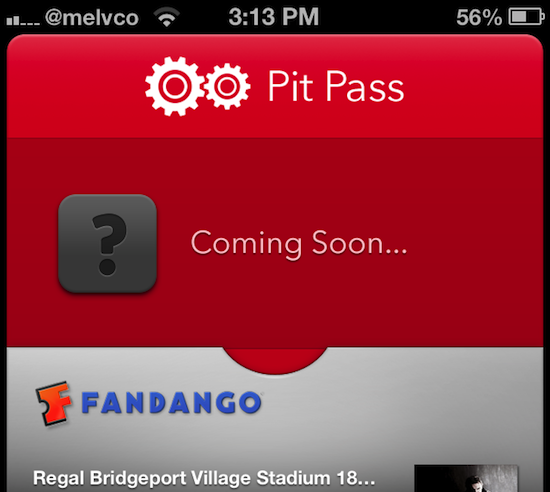 Fans will be happy to hear today that Second Gear, the developers of the popular iOS note-taking and Markdown editing app Elements, have a new application in the works. We don’t yet know what that app is, but we do know how they’ll announce it.

Passbook, apparently. The team has created an information server called Pit Pass, and it will actually push updates regarding the status of their new app to devices using Passbook. It’s a clever idea, that has heightened anticipation for their new software…

Folks interested in checking out Pit Pass can simply visit the Pit Pass website on an iOS device. Once there, you’ll be asked to provide your name, e-mail address, and desired username—they’ll reserve it for you, and then you’ll tap the ‘Get Pit Pass’ button.

There’s not much on the actual pass itself now. There’s a link to Second Gear’s Elements app, the team’s social media stuff, and the following message: “We’re just getting started unwrapping our new app. With this Pit Pass, you’ll be the first to know the details.”

The developers say that they are hoping to release Pit Pass in the future, as a standalone service, so that other Web and app developers can use Passbook for their own app releases. Those interested in the service can get more information on it here.

I have to say, I love the whole idea. What an innovative use of Passbook. What do you think about it?