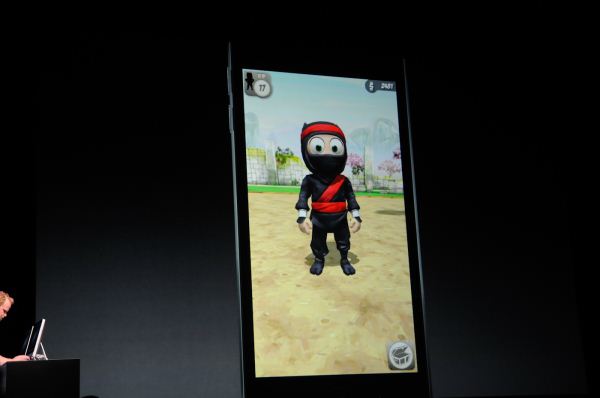 As he wrapped up his presentation, Reil told attendees that the title would be arriving in time for the 2012 holiday season. But here we are in May of 2013, and we’ve yet to hear any news on a release date. In fact, the developers have been dead silent about the game. Until today…

The folks over at iFans were able to get a response out of NaturalMotion’s talent manager Emma McGonigle regarding Clumsy Ninja:

It’s not much, but it’s certainly more than the team has offered up since it missed its December launch deadline. Some had actually written off the game, thinking the project had been scrubbed due to lack of resources. So if anything, it’s good to hear the project is still in the works.

Here’s a video of the on-stage Clumsy Ninja demo for those who missed it:

Honestly, I think the game looks interesting, and I look forward to playing it. It’s always cool when developers try things that have never really been done before. It’s risky to put a lot of time and effort into something that you don’t know will give you a return on your investment.

Obviously, we’ll let you know when we receive more details.