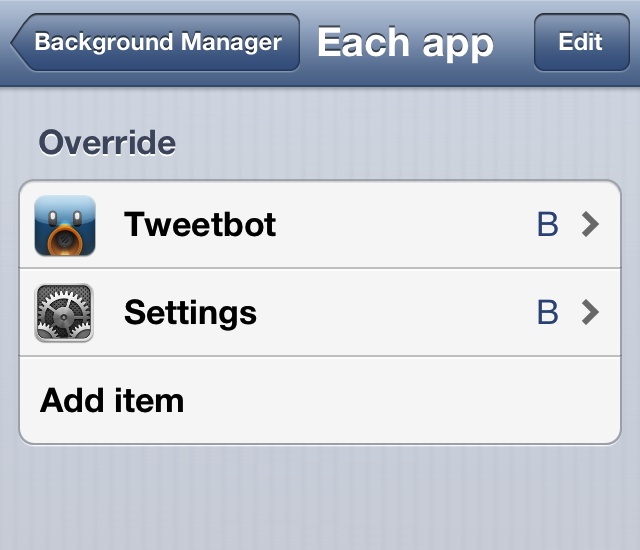 There was once a time when iOS lacked any form of multitasking. Yes, that includes the pseudo-multitasking that is fast app switching, which is what iOS uses today. True backgrounding has never been available in iOS, and that’s understandable since it would likely cause battery life to fall below Apple’s lofty standards.

iPhone jailbreakers have been able to enjoy the benefits of true backgrounding for some time now, at least with older versions of iOS. Unfortunately, Backgrounder — the jailbreak app that enabled true backgrounding — stopped working after iOS 6. Its developer has since abandoned the project.

That’s where Background Manager comes in to pick up the slack. It’s a brand new jailbreak tweak, unrelated to the original Backgrounder in everything but perhaps name, and it’s been built from the ground up.

Perhaps my memory has failed me, but Background Manager seems to be more stable and more feature rich that its predecessor. You can even make the tweak launch specific apps in the background on device reboot. Yes, Background Manager is definitely worthy of your time and attention if you’ve ever wanted to have true multitasking on iOS 6. Take a look inside for more information.

Once installed, you’ll find a new preference panel for Background Manager in iOS’s stock settings app. Inside, you’ll find two main sections — Global, and Each app. The Global section allows you to define backgrounding rules for every app on your device. Here you can set the background mode — None, Background, and Native (fast app switching). 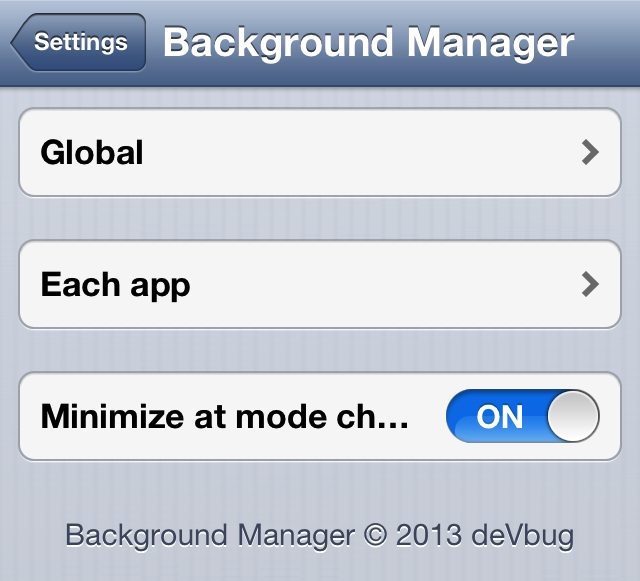 The Each app section is where things really begin to get interesting with Background Manager. Here you can setup specific rules for every individual app installed on your device.

Tapping the Add Item button will display a list of all of your apps in alphabetical order. Once you select an app, it will be added to your list of global overrides. By default, the override for each individual app is set to native backgrounding, but as you might have guessed, these settings can be changed by tapping the override affiliated with the app you wish to customize.

The great thing about the individual app overrides is that you get special auto launch functionality. You can, for instance, make an app auto relaunch when the app is exited. You can also make the app launch on install or on boot. I specifically love the ability to auto launch items, because it allows you to quickly interface with apps that normally take a significant amount of time to launch. 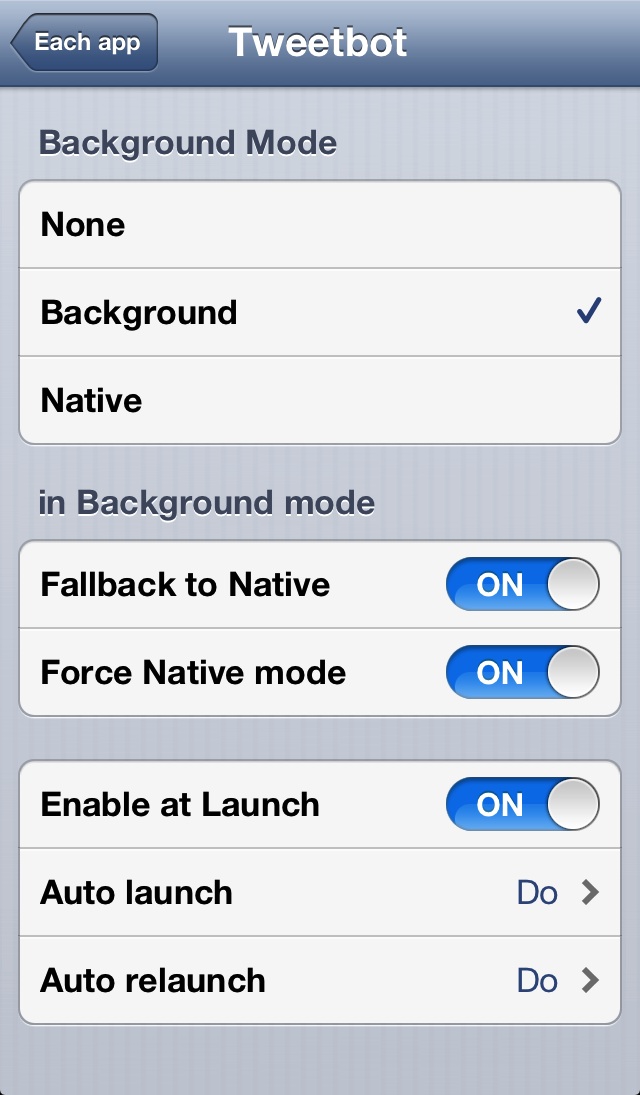 There are, of course, battery life concerns. Anytime you start talking about running an app in the background permanently, you’re bound to run into battery life issues. I’ve been running Tweetbot in the background using Background Manager, and while my battery life has likely been negatively influenced, it hasn’t been readily noticeable to me. Then again, I’m probably not the best person to question when it comes to issues of battery life.

Background Manager is available for $0.99 on Cydia’s BigBoss repo. If you’ve been looking for a way to enable true backgrounding on your iOS 6 device, you now have a choice. Let me know what you think about Background Manager in the comments below.