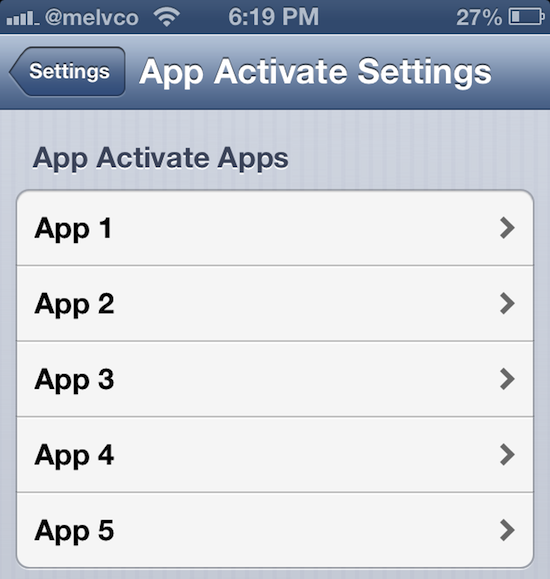 On its own, Activator is probably one of the most useful jailbreak tweaks available. It allows you to map practically any button or touch gesture to an iOS action. But what makes it really cool is that devs can create their own tweaks to extend its capabilities.

And that’s the case with this next package, by developer rjharris. It’s call App Activate, and it enables you to initiate any of Activator’s actions by double tapping an app icon . So for instance, you could set it so that double tapping the Music icon starts playing music…

Still not quite clear on how it works? Don’t worry, Jeff has a video walkthrough for you:

As you can see, the tweak is very straight forward. Once installed, you can set the apps that you’d like to use within the Settings app. You can pick up to 5 of them, and they can be stock or third party. From there, you just pop into Activator and set up your actions.

I’ve been testing App Activate over the weekend, and so far it’s worked as advertised with no issues. I haven’t found it particularly useful, but I’m still messing around with things. If nothing else, it’s worth checking out. You can find it in the BigBoss repo, for free.

What do you think of App Activate?