Apple billed 3D Flyover as one of the headlining features of its Maps app, when it replaced Google Maps in iOS last fall with its own in-house software. Unfortunately, at the time, the feature was only available for a handful of cities.

But the Maps team has been awfully busy in recent months, adding Flyover support to a number of new areas. Earlier this month, it expanded Flyover coverage in Paris, France, and this week it’s bolstered support in greater California…

“First spotted by AppleInsider reader Mike M., the additions show Apple is actively updating its mapping assets after the much maligned service was introduced in September of last year.

The new support includes San Bernardino, Riverside, Rancho Cucamonga, Ontario and Moreno Valley, among others. With the additions, Maps offers nearly unbroken Flyover coverage of cities from San Bernardino to the Pacific Ocean.” 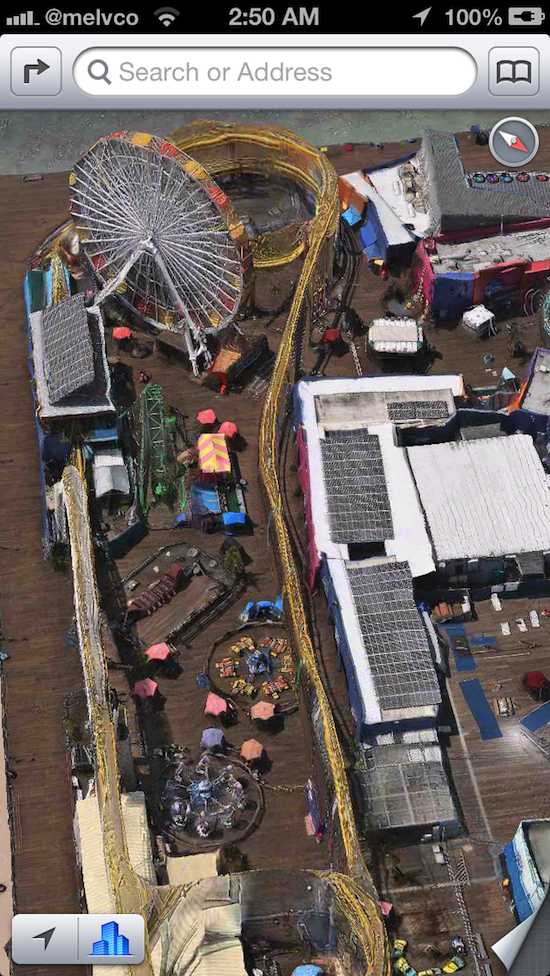 It’s unclear when exactly Apple made the backend update, but it’s believed to have been within the past week. It’s also not clear if California was the only area affected by the update, or if other cities/states/countries received improvements.

As aforementioned, Apple added 3D Flyover support to Paris, France and surrounding areas earlier this month. And just prior to that, it expanded coverage in 12 US cities including Tulsa, Oklahoma, Cleveland, Ohio, and Albany, New York.

Apple has been struggling to rebuild the reputation of its Maps app since it landed on iOS 6 last fall. After several user complaints, CEO Tim Cook issued a public apology, and promised to put the weight of the company behind making things right.