As WWDC 2013 draws near – and with supply chain increasingly pointing to Apple’s procurement of components for production of a next-generation iPhone – small wonder various parts are now cropping up on the web. It’s the very nature of the game: Apple just can’t control each and every one of its suppliers in Taiwan and China, let alone their individual employees.

A Japanese parts retailer, which recently leaked a next-gen iPhone components, is back at it, having published Thursday an image believed to depict a motherboard component, presumably belonging to an upcoming iPhone refresh… 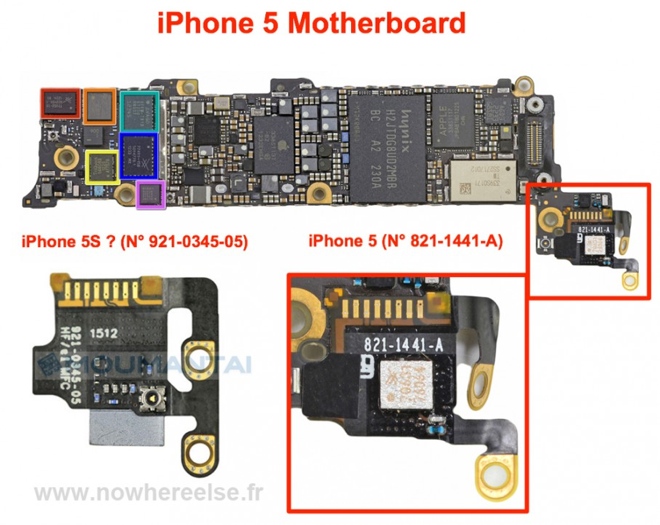 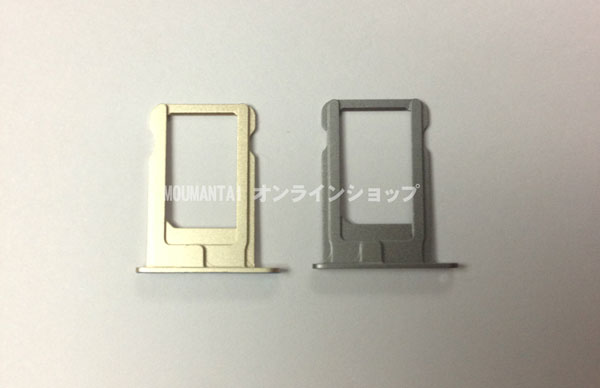 As seen above, these iPhone 5S trays are pictured in gray and gold colors, a departure from the iPhone’s current black/slate and white/silver scheme.

Assuming they’re legit,, these SIM trays conveniently match up with sporadic reports of colorized next-gen iPhones. For quite some time certain analysts and Apple’s supply chain folks have been adamant that the iPod-ization of the next iPhone will include a bunch of different color choices.

Be that as it may, rumor mills agree Apple is now gearing up to mass-produce the next iPhone(s).

And earlier this morning, we learned that Apple’s other contract manufacturer, Pegatron, is now ramping up hiring ahead of a next-generation iPhone production.