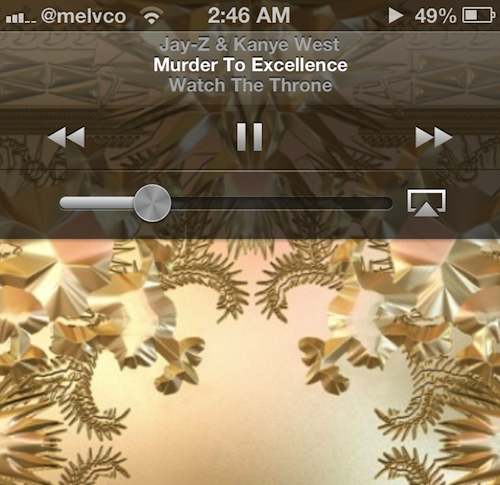 Have you been looking for a way to spruce up your iPhone’s Lock screen, without needing to install a bulky tweak like WinterBoard? If so, you might consider giving FullScreen Album Art by jailbreak developer bushe a shot.

The tweak’s name completely gives away it’s one and only function, which is to enlarge the album art image on your device’s Lock screen while you’re listening to music. That way, you can show off your favorite music while you rock out…

By default, album art images show up on the iOS Lock screen (when user is listening to music) somewhere between the Clock and the Slide to Unlock bar. But after installing FullScreen Album Art, the image takes over the entire screen.

As you’ve probably guessed by now, there’s not much to the tweak itself. There’s no options to configure. Once installed, it takes effect, and images won’t return to normal until you uninstall it. Quality varies depending on image.

Overall, I found FullScreen Album Art to be a reliable tweak. And in addition to the iPod app, it looks like it works with third-party apps as well. If you’d like to check it out for yourself, you can find it in the ModMyi repo, for free.