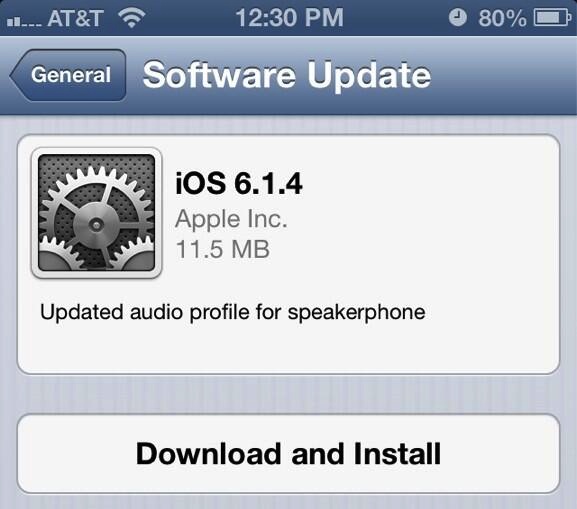 Apple has, unexpectedly, released a new version of iOS this morning. The update brings the firmware to 6.1.4, and doesn’t appear to include any new features or changes other than an ‘updated audio profile.’

The new software is currently only available via OTA (over the air update), but it should be posted online shortly. As usual, jailbreakers will want to stay away from the update, as it will not work with evasi0n…

Apparently, the update is specifically for iPhone 5 users. But with just the single, seemingly minor, public-facing change, we don’t see any reason why you would want to install it on your handset.

Of course, Apple could have made some behind-the-scene changes as well. So if you’d like to check it out, you can find iOS 6.1.4 on our Downloads page. Once downloaded, you can install the update through iTunes.

This is the first update since Apple killed the evasi0n jailbreak in iOS 6.1.3, and presumably the last one until we see iOS 7. Apple will be previewing the next version of its mobile OS at its WWDC event next month.