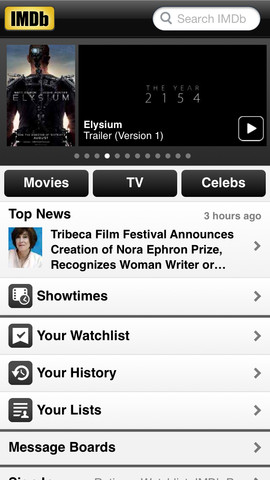 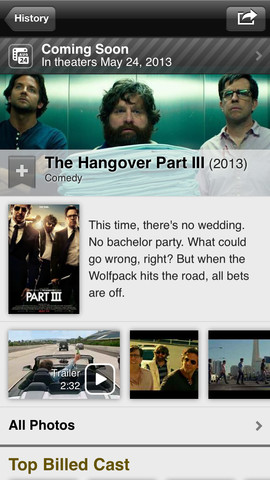 IMDb, the popular online film database owned by Amazon since 1998, issued its last major update to the iOS client back in December 2012.

That release (version 3.0) brought out a fresh new look on the iPad while enhancing iPhone filmographies with TV episode details and prettier image galleries, among other features. Today, iMDB version 3.2 landed on the App Store.

The software continues to refine the experience for movie buffs. For starters, non-US users will be pleased to know that the app now lists worldwide movie release dates, for example. They also enhanced the database with all-new actor heights and aliases, crazy credits and other tidbits, included right after the break…

IMDb, which last month had over 42 million registered users, now lets you sort your movie watchlist by release date on the Apple tablet. Another iPad-specific enhancements: a new light color theme, which requires iOS 6. And on the iPhone, the app boasts redesigned movie and celebrity pages “with 20 percent more eye-candy.” 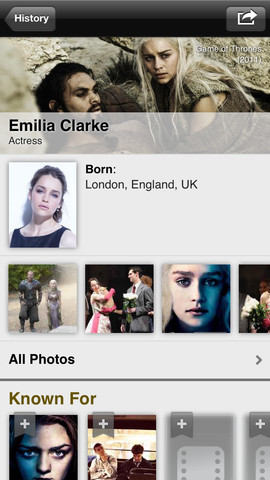 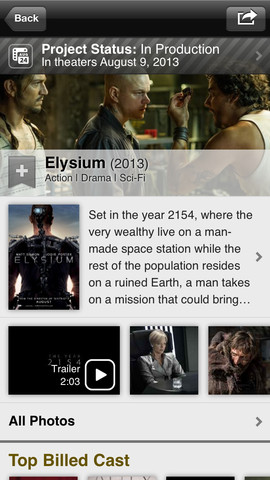 By the way, Amazon teamed up with IMDb on X-Ray for Movies, a new feature that taps IMDb’s database to let Kindle Fire HD owners retrieve additional information about the currently watched flick, like actor names, cast information and what not.

Amazon’s Kindle lineup was also refreshed in September 2012 with X-Ray for Books and X-Ray for Textbooks features. And just last month, the online retail giant expanded X-Ray technology to the most popular TV shows on Amazon. 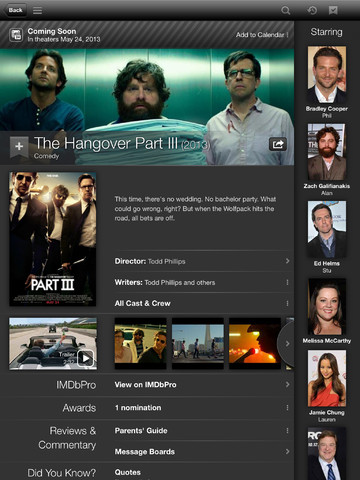 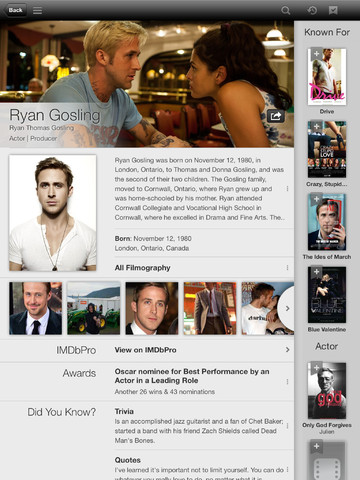 To find out about an actor’s height, hit the new Personal Details section within their biography. This is also where you’ll see the actor’s aliases. As of December 2012, IMDb apps were downloaded fifty million times across iOS and Android devices, the company noted in a press release. 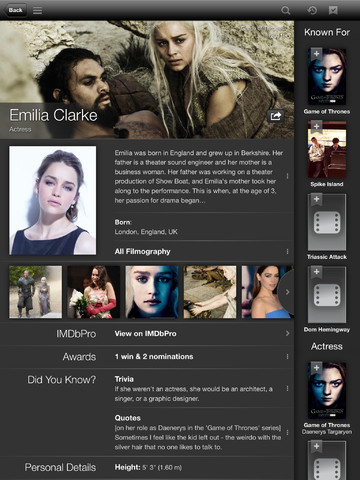 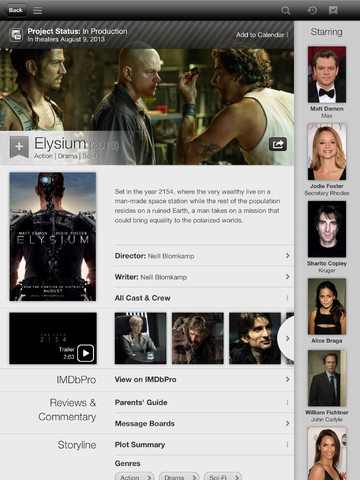 Per usual, IMDb is a free universal binary download from the App Store.

As of March 22, 2013, IMDb had nearly 2.5 million titled, including episodes, and more than five million personalities in its database.