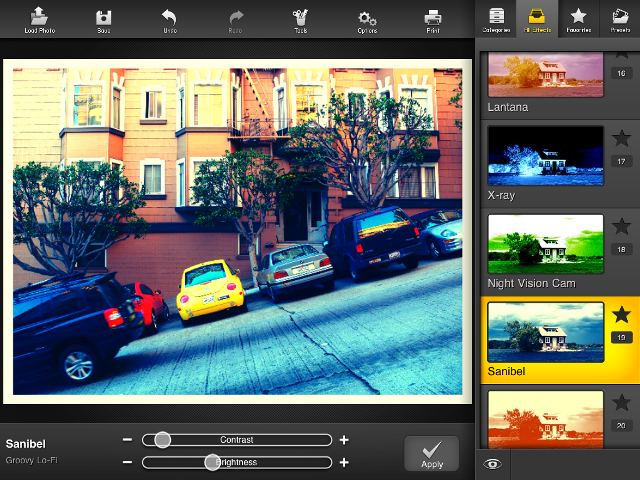 Those in the market for an iPad photo editing app will be happy to hear that the folks over at MacPhun have just announced that following the success of last week’s free iPhone app offering, they’ve made their popular FX Photo Studio HD free for a limited time.

The team says that the $1.99 discount is in celebration of the iPhone version of FX Photo Studio hitting over 1 million downloads during its 3-day free promotion last week, where it became the top free photography app in the App Store of 39 different countries…

From MacPhun’s blog (via 9to5Toys):

“The biggest news for Monday is that we decided to run for 10 million downloads. Because of that, starting from today, FX Photo Studio HD for iPad is also free. The tablet version works like a charm on both iPad and iPad mini. Go get it.”

I’ve alays been a huge fan of FX Photo Studio, on both the iPhone and the iPad. Forget Instagram’s 10-20 filters, it has 190 photo effects, including Lomo, Sketch, Vintage, Art, Grunge, 3-D, B&W, ColorStrokes, Cross processed, Textures, different blurs, and many more.

I also really like the UI of the app. It has large touch targets, it’s easy to navigate through the 200+ options, and filters and other effects load extremely quickly. It also offers up other useful features like Crop, masks, and the ability to add watermarks and signatures.

FX Photo Studio HD was last updated back in February, where it received iOS 6 and Retina support, and better iPad mini performance. Even if you don’t think you’ll use it right away, it’s worth grabbing FX Photo Studio HD while it’s free so that you can check it out later.

But you better hurry, MacPhun says the app is free for a “very” limited time. Click here to download it from the App Store. Oh and bonus, it looks like the iPhone version of FX Photo Studio is still available for free is well. You can find that one by clicking here.