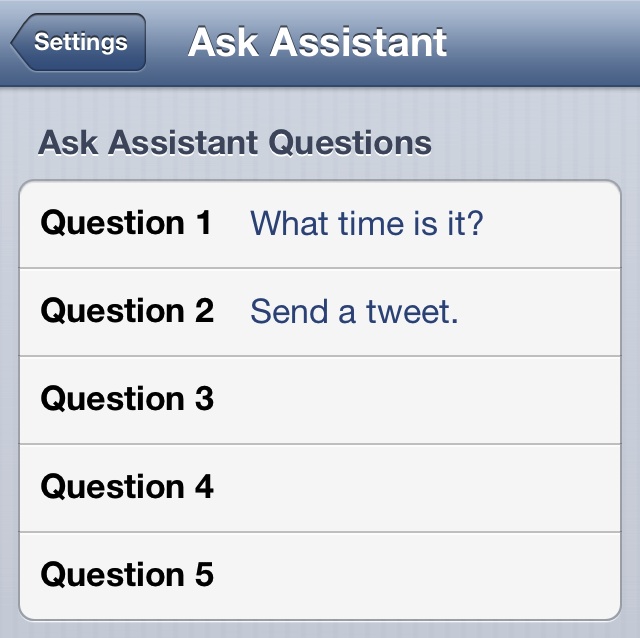 Sometimes you just don’t feel like talking, even if it’s to Siri. Ask Assistant is perfect for those times, because it allows you to invoke Siri without saying a word.

The tweak lets you enter up to five canned Siri queries into its preference panel, and you can then assign each query to a specific Activator gesture. For instance, I setup a query that simply stated “Send a Tweet.” I then assigned this question to an Activator gesture — a double tap of the status bar. Now, anytime I want to send a new tweet, all it takes is a double tap of my status bar, and the new tweet sheet will appear.

It doesn’t have to be that simple, though. Ask Assistant can perform any query that you can normally perform using your voice. Take a look inside for a few additional details. 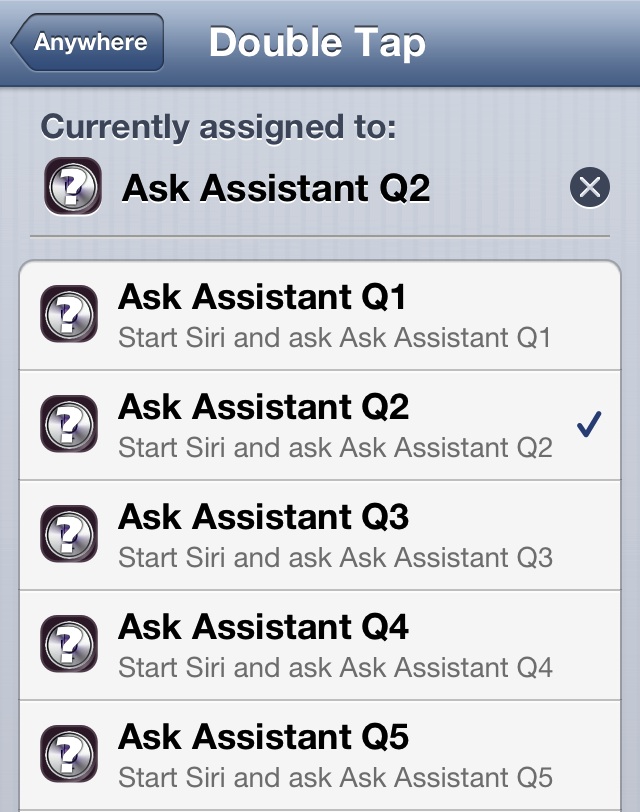 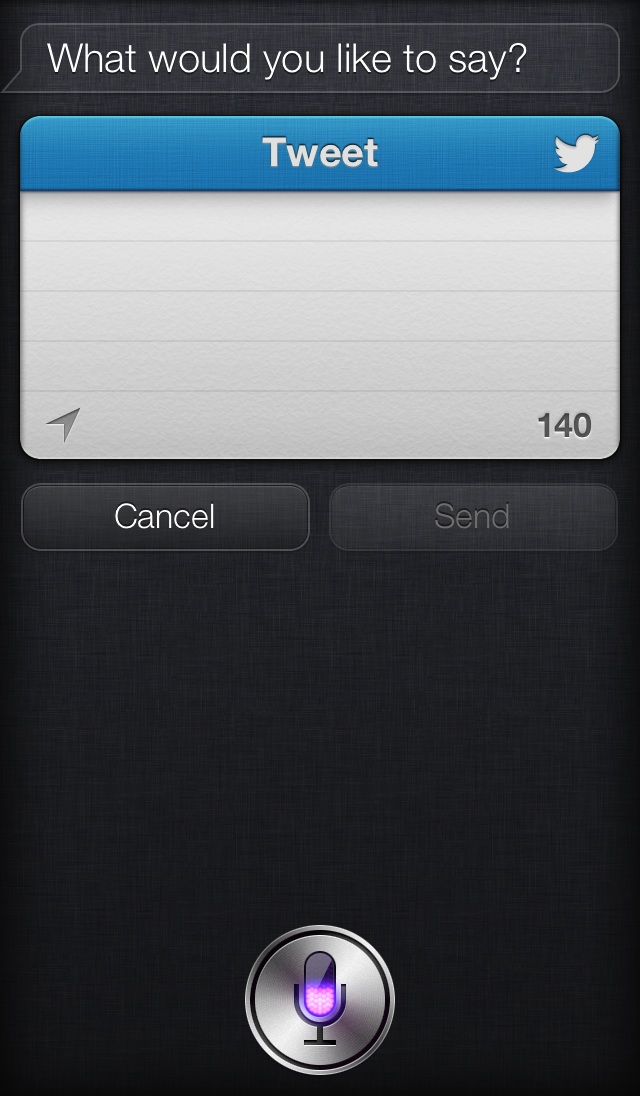 Ask Assistant is perfect for assigning often used queries directly to Activator. It won’t be for everyone, and you probably won’t always want to use it, but it’s great for those times when you just don’t feel like speaking. You can download it for free on Cydia’s BigBoss repo. Let me know what you think in the comments below.