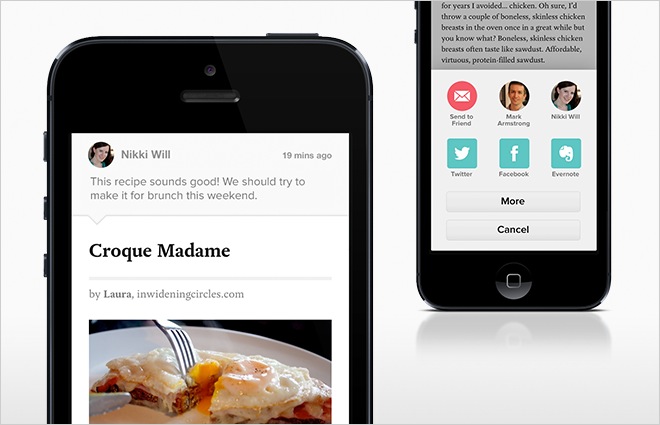 Pocket, a read-later service, in celebration of its first anniversary today pushed a new build of its iOS and Android containing a new social feature aptly named Send to Friend, in addition to push notifications and other nice-to-haves.

Formerly know as Read It Later, Pocket was App Store’s Best of 2012 app and iPad App of the Week. Send to Friend is interesting as it saves content other people share with you right in your inbox.

You can then re-visit those articles later, but also read comments along with any highlighted quotes they chose to share with you…

Send to Friend is pretty straightforward: everyone gets to receive an email with the link to a shared article while those with Pocket installed on their device also get notified right inside the app.

According to a blog post, Pocket users share via email more than twice as often compared to social networks. 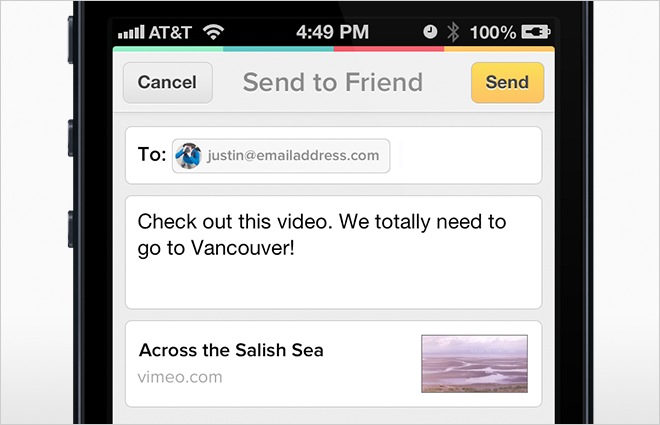 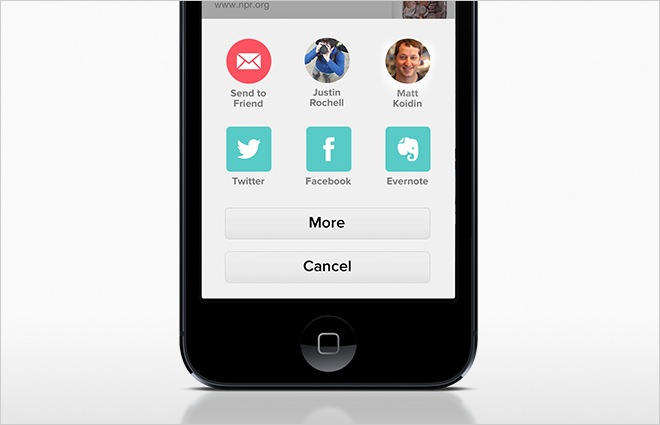 This is also where shortcuts to your recent friends appear.

Pocket 4.5 pushes sharing alerts to your device when the application isn’t active and also has “a number of bug fixes and performance updates.”

The new Pocket is available free via Apple’s App Store for both the iPhone/iPad and Google’s Play Store for Android. It’s also available for Amazon’s Kindle Fire tablet and on the Mac, which was also updated with these new features from the iOS build.

If you’re a fan, a helpful browser extension for Google’s Chrome and Apple’s Safari makes your life easier by letting you file web content by clicking on a Pocket icon.

Here’s a rather lavish promo video from a year ago.

With nearly 12,000 developers and publishers supporting it and more than 35 million items saved each month, Pocket has clearly hit the ground running.

To those eager to learn why Pocket may be better suited than Marco Arment’s rather outdated Instapaper software, I wholeheartedly recommend reading MacStories editor Federico Viticci’s original Pocket review from a year ago and Cody Fink’s nice recap of today’s update.