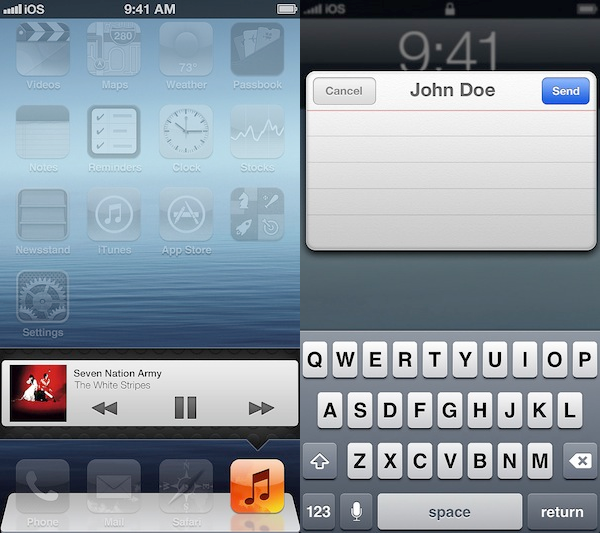 Word has it that iOS 7 is going be receiving a system-wide makeover, courtesy of the human interface team’s new leader Jony Ive. The changes are reportedly so big that developers with ‘carry’ privileges have a filter on their devices to conceal them.

Of course, we won’t know what iOS 7 really looks like until Apple unveils it this summer. But that’s not going to stop designers from creating concepts that illustrate what they think it could look like. And we’ve got another great one for you today…

This iOS 7 concept comes from F. Bianco and it’s actually pretty impressive. Instead of just making a 10-second clip about 1 or 2 features, he’s put together a 4 minute video packed full of several features including widgets, Mission Control and more.

While I think most folks are hoping for a bigger UI change than this, I don’t think many would argue if Apple added in some of these features. I particularly like the biteSMS-like ‘quick reply’ one. It looks like it belongs in iOS, and would be very useful.

I also think Bianco’s take on widgets is interesting. They pop up from their respective app’s icons, so they don’t take up any space on the Home screen. But they still serve their purpose, providing useful information without users having to launch the app.

The Lock screen stuff is pretty standard—jailbreak tweaks that perform similar functions have been around for a while now. But I like the Download and Shelf and Mission Control features. Though I’m sure if Apple did them, they’d do them more elegantly.

I’m trying not to get my hopes up for iOS 7. Apple has a track record for doing small, iterative updates. But between the growing competition from Samsung and Google, and the recent chatter regarding iOS 7 delays, that’s getting harder and harder to do.

What do you think about Bianco’s iOS 7 concept?