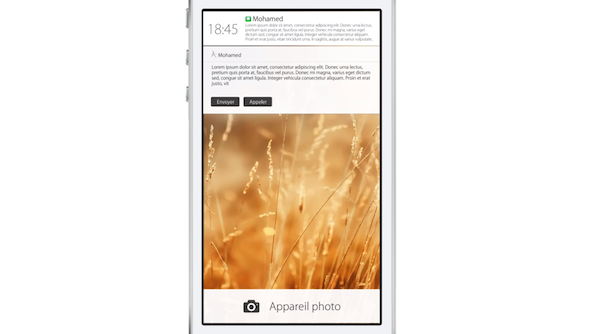 While we’ve heard plenty of chatter regarding the next-generation iPhone, we’ve heard next to nothing about the next version of iOS. Until today, that is. New information concerning iOS 7 popped up this afternoon in an interesting Branch thread.

The conversation consisted of several well-known Apple Insiders, including iMore’s Rene Ritchie and Daring Fireball’s John Gruber. And according to their sources, iOS is set to receive a system-wide UI overhaul this year, if it ever gets finished…

Here’s the actual comment from Gruber, who has proven in the past to have credible sources inside Apple:

“What I’ve heard: iOS 7 is running behind, and engineers have been pulled from OS X 10.9 to work on it. (Let me know if you’ve heard this song before. tuaw.com)

Regarding Ive: Word on the street is that iOS engineers with carry privileges all have some sort of polarizing filter on their iPhone displays, such that it greatly decreases viewing angles, thus making it difficult for observers to see the apparently rather significant system-wide UI overhaul.”

And Ritchie, who also has an extremely accurate track record in recent years, adds:

If true, this is great news for those who feel that the iOS user interface is getting a bit long in the tooth. Since Apple launched the original iPhone, the core design of its operating system hasn’t changed much, which has prompted complaints from users.

They got a renewed since of hope, though, when news broke last fall that Scott Forstall would be leaving Apple, and design expert Jony Ive would become the leader of the company’s Human Interface team. And it appears that new hope was warranted.

The Branch conversation also yielded some other interesting Apple intel as well. For example, it looks like we’ll see a media event in April for the mini-like iPad 5. And apparently there’s a strong possibility that the new iPhone will have a biometric scanner.

Here’s MG Siegler on the topic:

“Since we’re talking whispers, the one thing I’ve heard multiple times now is about some sort of biometric scanner on the new iPhone.Perhaps not surprising given the AuthenTec buy — but surprised it would be this soon. Still, have heard it could be a big part of not only authentication, but payments of some sort (maybe even through Passbook) down the road. The most intriguing whisper: that Apple could charge a fee for devs to use it.”

And this is probably the biggest one for me. Up until now, talk of the iPhone 5S featuring a built-in fingerprint scanner has come in the form of wild analyst predictions. I’m still fairly skeptical myself, but these guys obviously have strong credentials.

At any rate, it looks like the next few months just got a whole lot more exciting. It’ll be interesting to see how it all plays out, especially if iOS 7 is running behind. If Apple is planning to release the new iPhone in June, would it do so without the new OS?