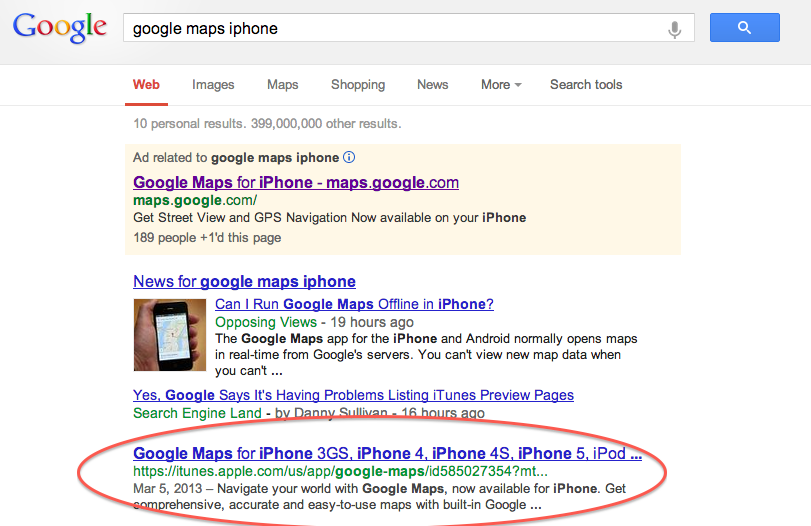 If you’re one of those conspiracy theorists, there’s a bit of a tempest in a teapot happening over Google’s search results. On the surface, it appears web links to iOS apps hosted on iTunes are being buried under related but not Apple-endorsed web sites. Meanwhile, some iOS apps from Google prominently appear at the top of search results. Is Google, which promotes its Android mobile operating system as an alternative to Apple’s iOS, using its mammoth search database as a competitive weapon?

Or are Apple fans seeing phantoms? The Mountain View, California-headquartered Internet giant blames it all on a technical problem…

An unnamed Google spokesperson told The Verge the problem is due to “some issues fetching pages from the iTunes web servers.”

We conducted searches of apps available for the iPhone, finding the direct link to iTunes buried in the second page of search results, while reviews and blogs mentioning the app had more prominent placement. Previously, these links would surface atop your search results, especially when conducting searches in the form of “app name itunes”

Meanwhile, searches for Google apps – such as Google Maps or Google-owned YouTube – were easily visible among the first few results.

Does the “issue” with fetching pages from iTunes servers also extend to the results? 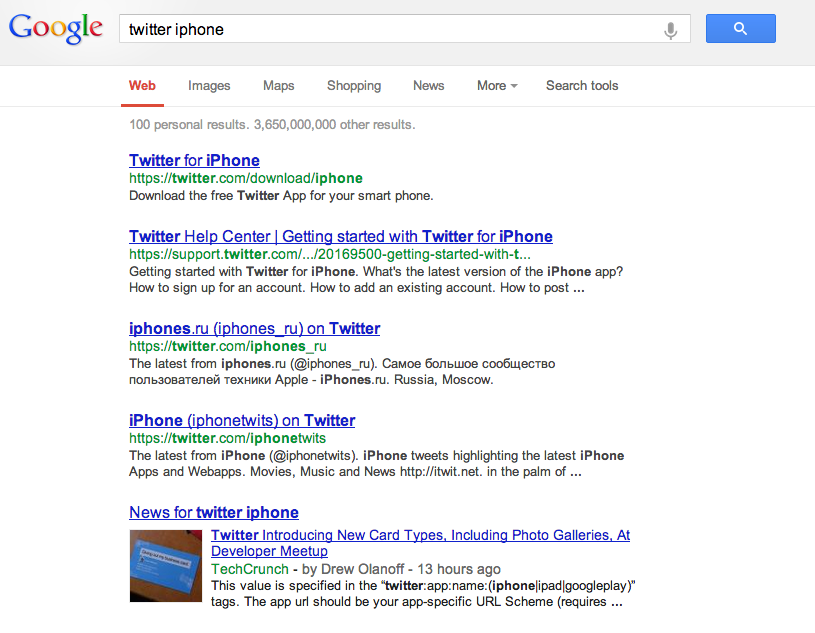 The direct link to the Twitter app on the Apple iTunes store appears in the seventh spot, requiring searchers to scroll beyond the first screen. Other tech news sites have shown similar results, such as The Next Web.

In it, the company’s chief spam killer expanded on the “issues” surrounding grabbing the iTunes web pages. According to Cutts, the Apple servers “were sending lots of 403s when fetching from certain IPs.” As a result, the iTunes links were given lesser priority in the search results.

So far, Apple is saying how it feels about the mini brouhaha over the Google treatment.

Google may be a bit touchy about the allegations of favoritism following the recent complete blockage of digg.com links because of what the search firm thought were spammy links.