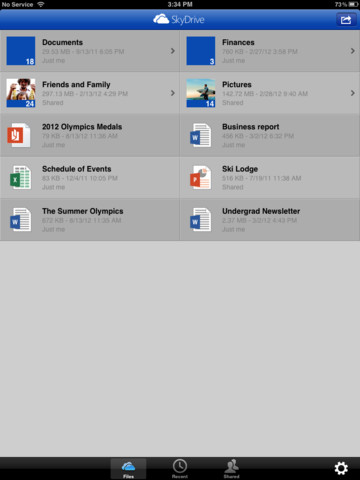 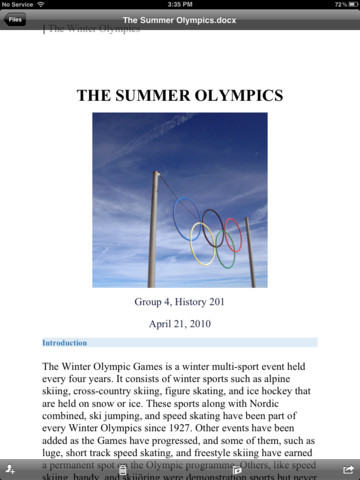 There’s a good reason why Microsoft’s SkyDrive cloud storage client for iOS has seen its last update in June of last year: revenue sharing. Per Apple’s rules, third-party software is required to share 30 percent of proceeds from in-app sales with Apple.

For example, when you fire up Dropbox’s excellent iOS client and upgrade to a paid storage tier within the app, your iTunes credit card on file gets charged and Apple earns its 30 percent share.

Though Microsoft wanted to introduce that same functionality into the SkyDrive app, it wouldn’t share any revenue with Apple. Neither party would budge and a spokesperson previously said Microsoft was “in contact with Apple regarding the matter.”

The two parties have supposedly reached an amicable solution because Microsoft today announced SkyDrive 3.0, a major new version rocking an overhauled interface, support for the iPhone 5 and iPad mini and a few other features…

First up, we have a brand new icon here.

If you’re concerned about loosing image data when dealing with online services as much as I am, you’ll be delighted to know that the new SkyDrive now both uploads and downloads full-resolution photos from the Microsoft cloud to your device.

You can also tell the app to resize images prior to uploading and to download smaller versions from SkyDrive. And if you’re serious about iPhone photography, rest assured that image uploads and downloads won’t mess the photo’s underlying metadata.

If you think that’s not a biggie, think again – up until recently, Dropbox for iOS would only upload and download downsized images to preserve bandwidth (the app now supports full-res images as well). 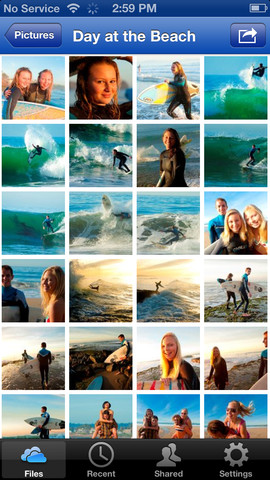 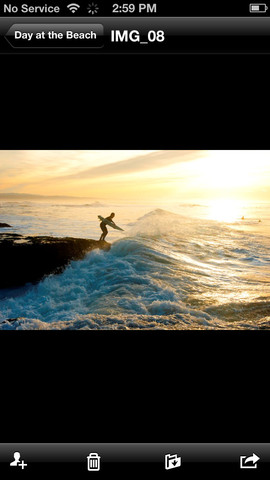 The user interface has also seen big changes, having adopted the blue scheme and a more simplified and flatter appearance. 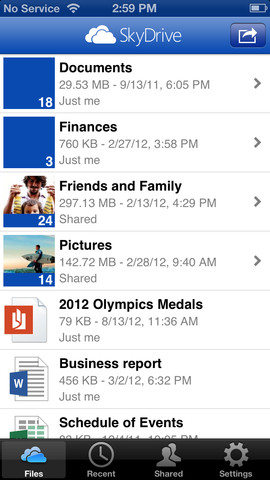 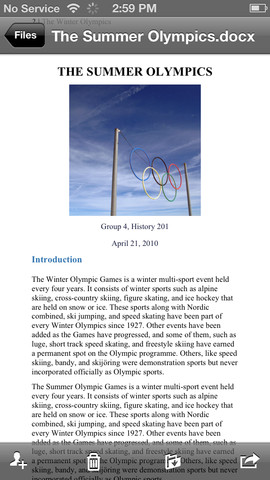 Here’s SkyDrive running on the iPad. 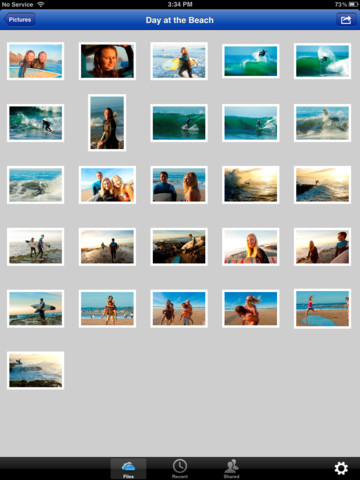 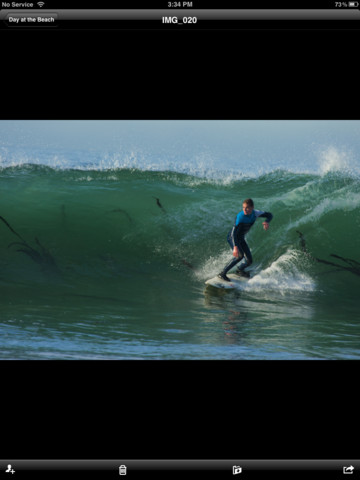 While we can only speculate on the nature of the agreement Microsoft and Apple now have in place, the iPhone maker is unlikely to have relented from its position. 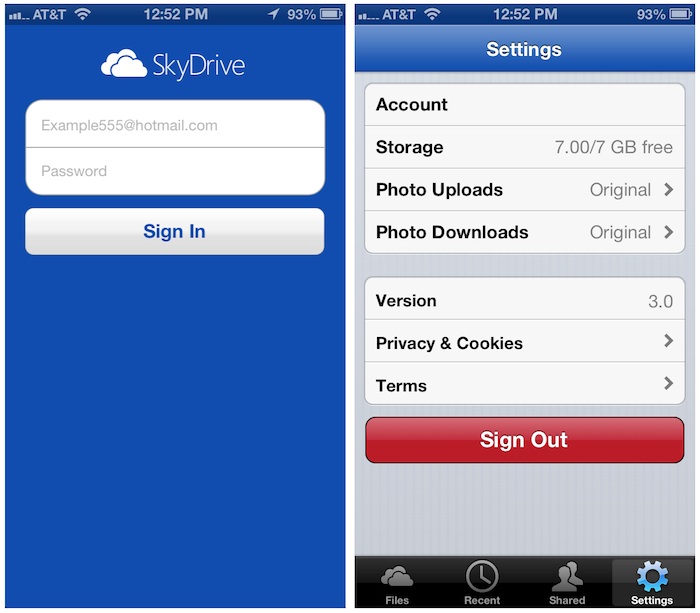 For what it’s worth, both AppleInsider and MacRumors noted there’s no evidence that the two tech giants have resolved their differences in respect to the iOS in-app subscription model.

Indeed, SkyDrive 3.0 doesn’t appear to feature an option to purchase storage tiers in-app nor does it provide links to a sign up page on the SkyDrive service.

The Verge reached out to Microsoft’s PR, which responded with a no-comment type of comment:

Each app store has their own set of processes to decide what apps are approved and can be released.

Earlier this week, Apple approved the SkyDrive app for release and we’re excited to allow people everywhere to start using it.

SkyDrive is a free download from the App Store.