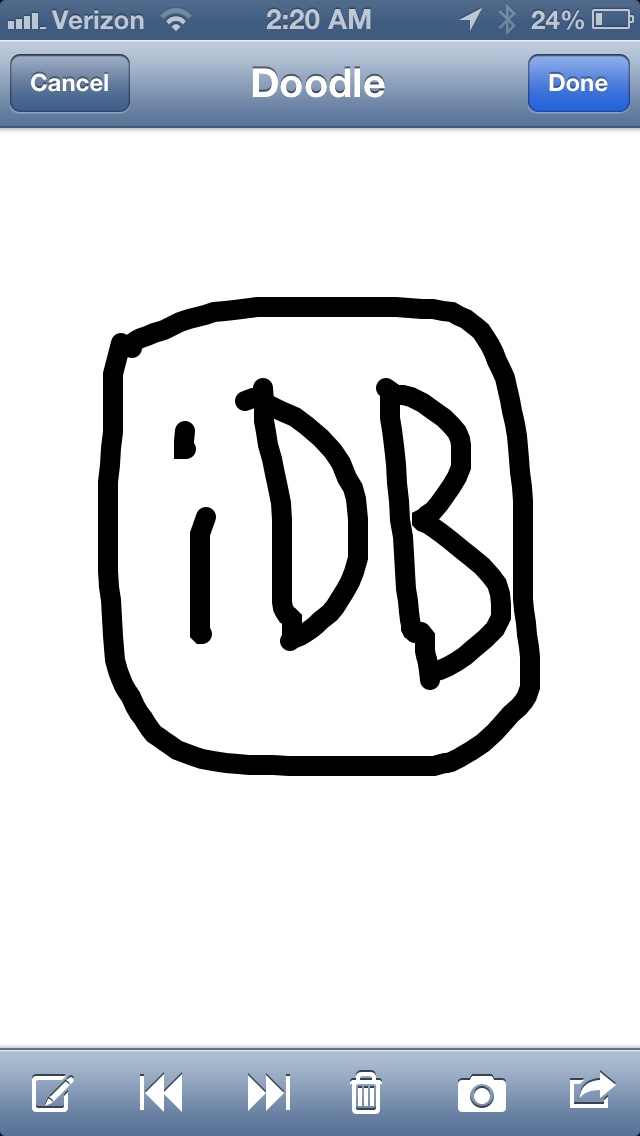 A while back, we covered a jailbreak tweak called Grafiti [sic]. It allowed you to instantly create and share drawings via the messages app, by acting as a keyboard replacement. WIth that in mind, it supported a lot more apps than just the stock Messages app; it worked with Whatsapp, Mail, Tweetbot, and more.

Once installed, Doodle Message can be found within the photos share button within the Messages app. Simply tap the photo button, and you’ll see a new option at the bottom of the list called Doodle. Tapping the Doodle button brings up a full screen interface for drawing a new doodle, or annotating a photo. 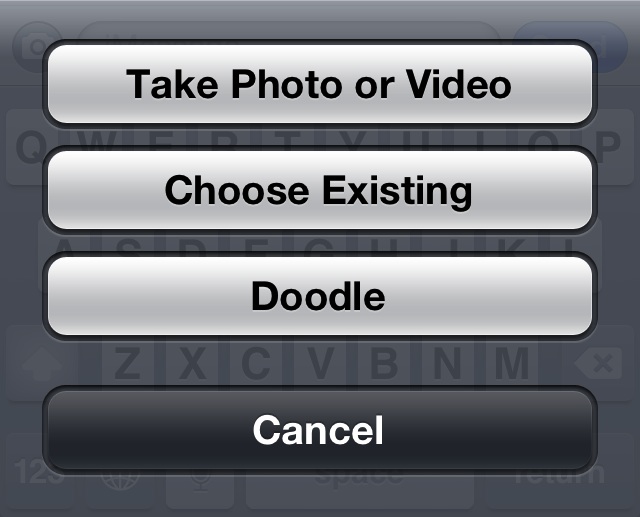 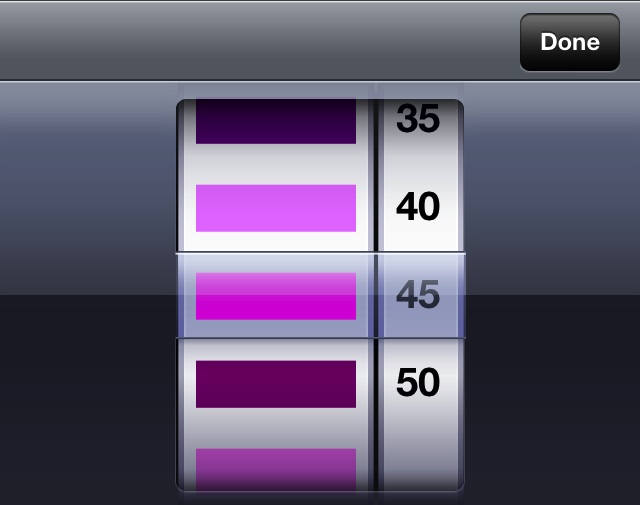 If simple finger drawings aren’t enough for you, there’s also an option for importing photos, or taking photos to import right on the fly. These photos can be annotated with Doodle Message, which can help turn the Messages app into a poor man’s version of Evernote’s Skitch. 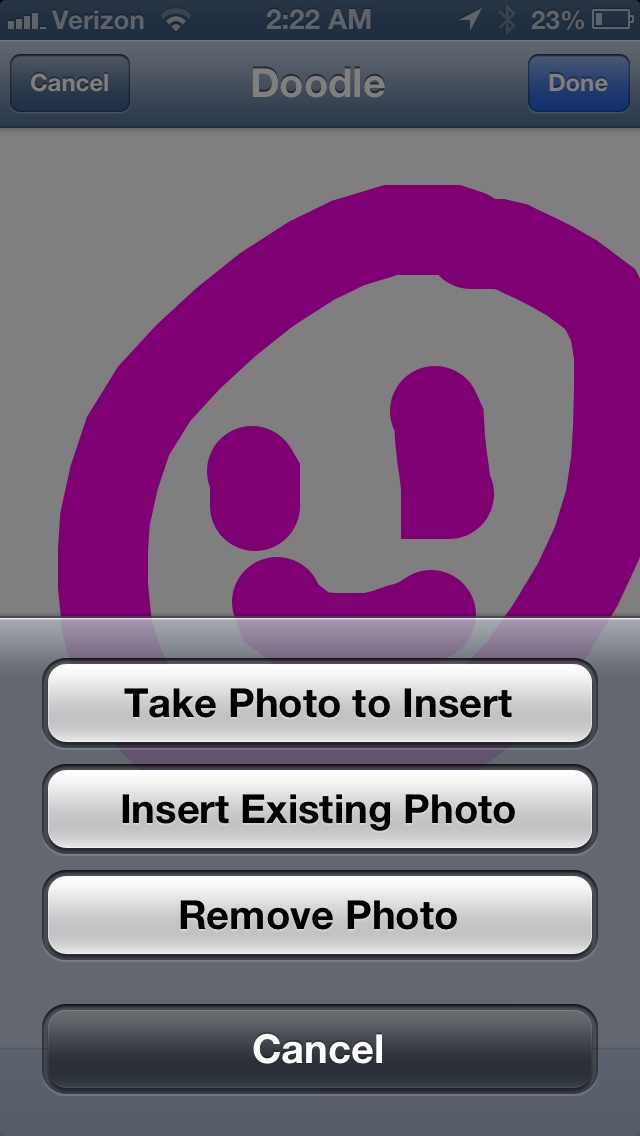 If you aren’t happy with your drawing, or you make a mistake, there are a couple of simple rewind/fast-forward buttons for undo and redo functionality. There’s also a trashcan button that can be used to completely start your doodle over from scratch. Once you are completely satisfied with your masterpiece, a tap of the Done button places your finished doodle within the composition field of your new Message. 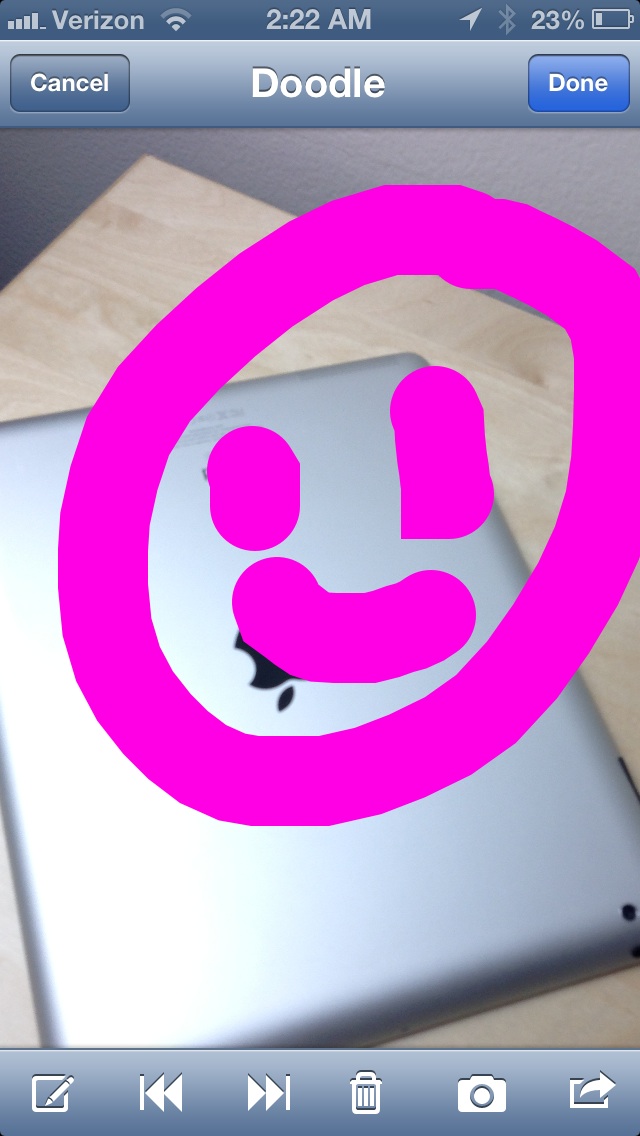 If there’s one issue that I’ve found with Doodle Message, it’s that I had trouble actually getting the Doodles to send using iMessage. I’m not sure if this was an iMessage issue, which certainly isn’t outside of the realm of possibilities given Apple’s struggles with the service, or if the Doodle images were just so large that the chance for failure increases.

Doodle Message is free on Cydia’s BigBoss repo. If you’re looking for a simple method for adding annotations and drawings to new messages, directly from the stock Messages app’s interface, then Doodle Message is worth a serious look. Grafiti is another jailbreak tweak that you should look into as well, being that it has integration with many more apps than just the Messages app. One downside to Grafiti, though, is the fact that it costs $0.99, and that it doesn’t allow you to annotate photos, which may be a big deal to some.