In my 4 or 5 years of hanging out in the jailbreak community, I’ve met people from all walks of life. Both men and women jailbreak, ranging in ages from 6-60, and they come from all around the world. I can’t imagine trying to determine the ‘average jailbreaker.’

But that’s exactly what Reddit user spiceman54j was hoping to accomplish this weekend when he surveyed Redditors from the r/jailbreak forum. In total, he collected data from nearly 400 jailbreakers, and he’s created an infographic to showcase his findings…

Obviously, an amateur survey of Reddit users doesn’t count for much—especially with a sample size of less than 400 people. But we figured the data shown in the infographic was still fairly interesting, coming from r/jailbreak, and was worth posting for discussion. 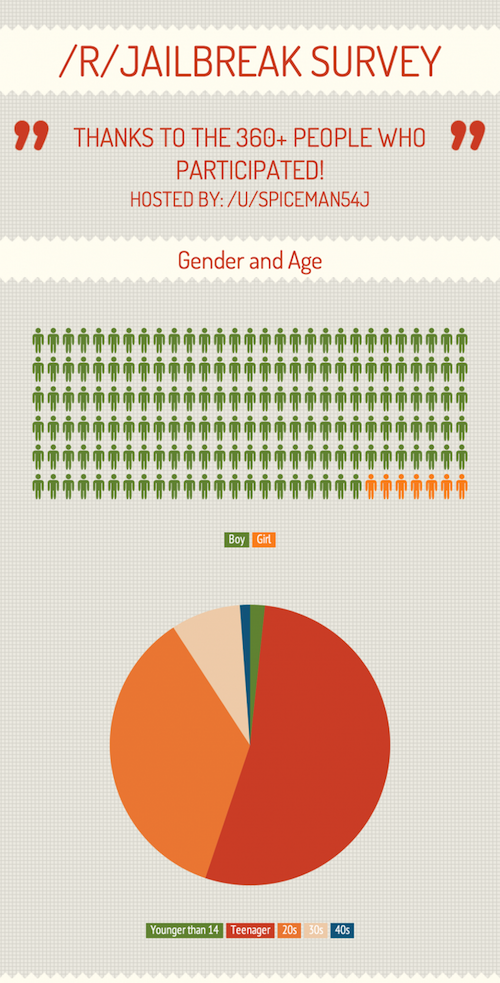 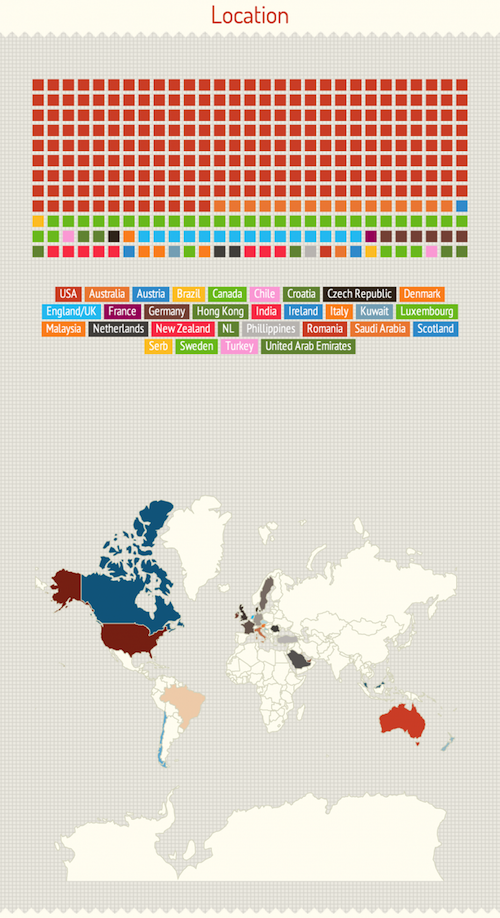 Looking at the graphic, we can glean that out of those who took the survey, the average jailbreaker is a teenaged male, living in the US. He uses either an iPhone 4S or 5, and has about 28 tweaks installed. And there’s no real surprises in the top tweaks or themes.

Yes, you could poke holes in this survey for days—like the fact that 20% of evasi0n.com’s 5 million first-week visitors were from China, who would probably not be hanging out in an English-speaking subreddit. But still, you can’t argue with the data that is presented.

If you want to add yourself to the survey, you can find the form here. It’s just under 30 questions. If you would like to view a more detailed, interactive version of this infographic, you can find it here. And to learn more about jailbreaking, visit our jailbreak section.

What do you think of the data shown here? Do you fall inside or outside of what it claims to be the ‘average jailbreaker?’