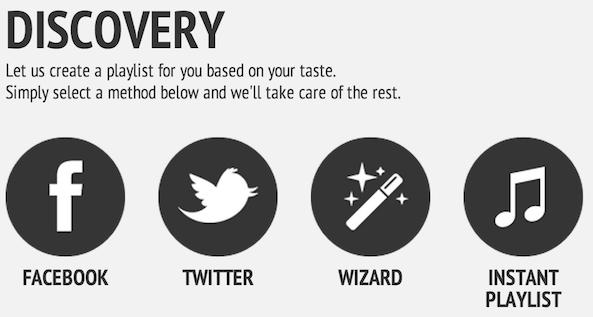 And according to a new report, Twitter is getting ready to launch a new standalone app based on that technology called Twitter Music. The app, which is expected to debut on iOS, will bring music discovery to the masses…

CNET has the scoop:

“Twitter acquired the music discovery service We Are Hunted last year and is using its technology to build a standalone music app, CNET has learned.

The app, to be called Twitter Music, could be released on iOS by the end of this month, according to a person familiar with the matter. Twitter Music suggests artists and songs to listen to based on a variety of signals, and is personalized based on which accounts a user follows on Twitter.”

The report goes on to say that songs in the app will be streamed via SoundCloud, if it’s available. Otherwise, it will kick users out to the iTunes app where they will be able to listen to the usual 30-second preview of each song.

Unlike Vine, another iOS app project recently launched by the social network, CNET says the new Music app will bear Twitter’s name and logo. And it will use data from the artists you follow, and hashtags to suggest new music.

“Twitter Music uses four main tabs. ‘Suggested’ recommends songs and artists based on a user’s follower graph — artists they are following, and artists that other people they follow are following. #NowPlaying brings in links to songs tweeted by people you follow who tweet using that hashtag.”

The whole thing sounds like a cool idea. But, assuming it materializes, it could have a hard time competing with the more full-fledged music apps. Google, the king of search mind you, is working on its own music service. As is Apple.

Twitter Music is said to be nearly finished, and could launch before the end of the month.

What do you think about all of this? Would you use Twitter’s music discovery app?