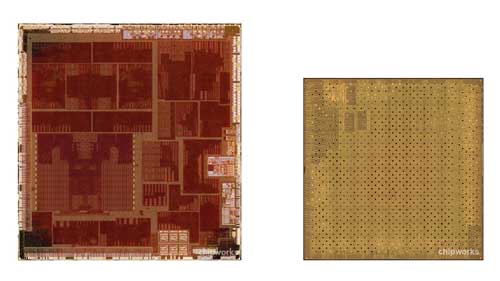 Silicon analysts over at Chipworks were able to conclude yesterday that the smaller A5 package, which was recently discovered inside a retooled Apple TV, is still being fabbed on Samsung’s 32-nanometer process rather than on TSMC’s 28-nanometer technology, as some watchers speculate. Compared to its 2012 counterpart, the new A5 with a 2013 die is noticeably smaller, prompting questions on how Apple has managed to achieve a smaller die without changing fabbing technology.

The full A5 floorplan Chipworks published this morning reveals the culprit: the new die is smaller because the package contains just one ARM CPU core. Now, Apple has always rated the Apple TV as single-core, but previous implementations called for dual-core designs with one core intentionally disabled, though still present.

In removing one CPU core altogether, Apple’s silicon team was able to shrink the die size without having to switch to a more sophisticated fabbing process technology…

Chipworks has updated its original post with latest discoveries and the new A5 floorplan. 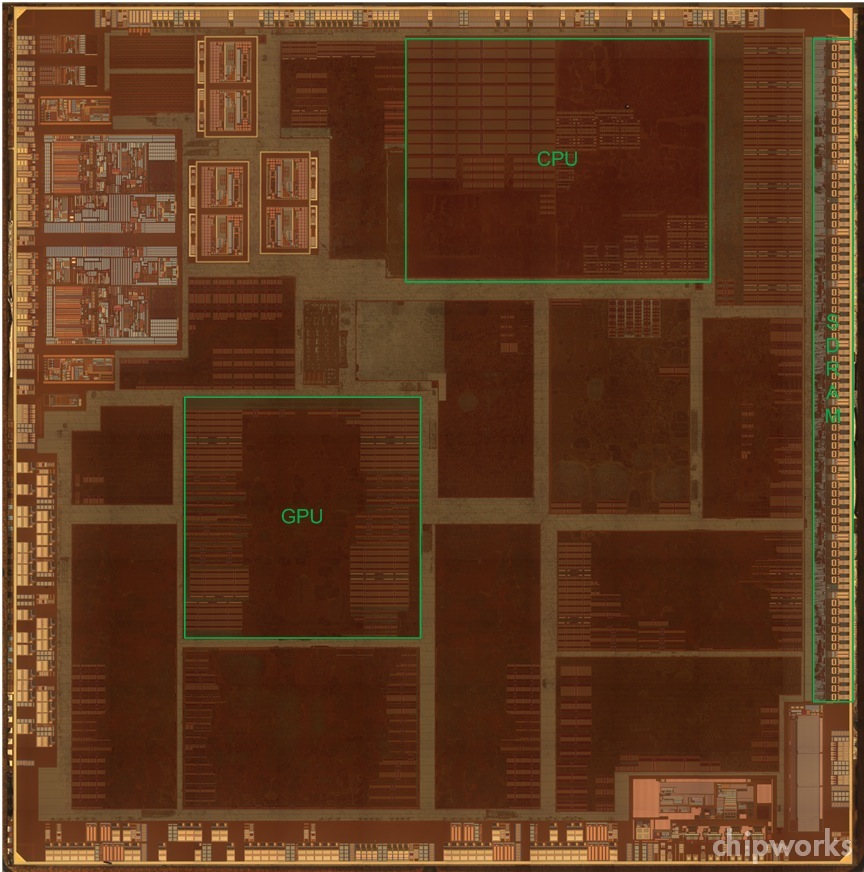 Chipworks’ Dick James speculates there must be more to achieving the nearly 50 percent size reduction than throwing one CPU core out.

We’ve also looked at more of our cross-sectional pictures, and we now think that this part uses a mixed-signal version of the 32-nm process that allows extra passive components such as resistors, capacitors, and inductors, that is much more suited to analog circuitry.

No matter how you look at it, the changes on this chip are more than skin deep.

So it is possible that the analog sections have been re-designed, always a work in progress when we get this small, since analog circuitry does not shrink anywhere near as predictably as digital.

I’m curious as to why Apple would pour resources into retooling the A5 chip other than for minor cost savings.

Perhaps the company is testing this smaller, more power efficient A5 chip before putting it inside an even smaller Apple TV, or perhaps a budget iPhone or maybe that intelligent television remote analysts have been dreaming about?

Samsung will launch its next-generation Galaxy smartphone at its Unpacked press event tomorrow in New York City. iDB will be live-blogging the announcement.

After all, the Galaxy maker is competing fiercely with Apple. Moreover, its upcoming flagship smartphone is said to utilize the Octa Exynos 5410, Samsung’s own chip itself fabbed on the company’s 28-nanometer technology.

I can totally see Samsung not giving Apple early access to its 28nm process until it has a chance to flood the market with tens of millions of Galaxy S IV units.

Does that sound logical to you?