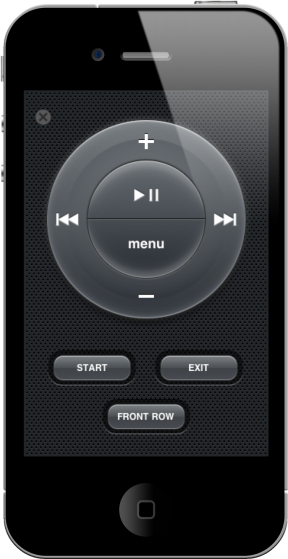 With the successful iPhone 5 launch now behind us and the rumored iPad mini introduction allegedly upon us later this month, the rumor-mill is no doubt busy thinking about Apple’s next big thing. The mythical Apple television set instantly springs to mind, dubbed by the media as the iTV. Not so fast. According to one analyst, an intelligent remote rather than a standalone HD TV set is up next for the Cupertino, California designer of shiny gadgets…

Barclays analyst Ben Reitzes (via AppleInsider) believes TV remotes, not TVs themselves, may be key to Apple’s next big thing. According to his note to clients, Apple should focus on making iPhones, iPod touches and iPads more useful in households by enhancing their functionality:

We feel one of the best ways to increase the iOS device total addressable market (TAM) is by expanding use cases so that every home could use an iOS device as a TV remote.

With iCloud, we don’t see any reason why Apple wouldn’t eventually allow an iPad to be an interface for the TV – to perform basic computing tasks with a virtual keyboard like checking emails and calendars, surfing websites, editing your PhotoStream and even chat with iMessage.

The rumored iPad mini is perfectly poised to expand Apple’s total addressable market by becoming a TV remote, he predicts:

We believe the 7” screen on iPad mini could be used for traditional content consumption such as reading books or watching movies, but Apple may have bigger plans for this device over time. We believe the big secret about Apple’s TV strategy is not the TV itself – it’s about selling the remotes.

This jives well with hints Apple’s executives have been dropping over the past year or so, all indicating the company’s unwillingness to take on the balkanized television market head-on.

On the other hand, folks are yet to see a single supply chain proof that Apple is indeed procuring components for a badass television set. Another thing: Apple has a free Remote app which lets one control iOS devices and desktop iTunes.

Both features, however, require an Apple TV set-top box, an additional $99 purchase.

He also mentions this:

An example of a “TAM expander” could be the integration of NFC technology and fingerprint-based security being into the iPhone, a theory that has been floated numerous times since Apple purchased fingerprint sensor maker AuthenTec in July.

As for Apple’s rumored HDTV, Reitzes expects the product to materialize sometime in the future, with the caveat that it won’t do so until the company is able to negotiate amicable licensing terms with content providers.

I’m not really sure what to make of it.

I’d be first in line to shell big bucks for an Apple-branded television set, but I don’t think we’ll be seeing such a device soon (though I’m convinced Apple’s been prototyping an HD TV set of its own for some time now).

Making AirPlay, Apple TV and iOS devices work together in a more pleasing and useful manner is certainly a viable proposition.

Using the iPad mini (or any other iOS device) to check your email, send and receive iMessages and surfing web sites on your television set?

All of this is already readily available via AirPlay Mirroring.

It’s like arguing Apple must build a gaming console of its own.

It doesn’t: any newer iOS device becomes a gaming console when paired with an Apple TV and the AirPlay Mirroring feature.

What do you think this analyst’s note is referring to?