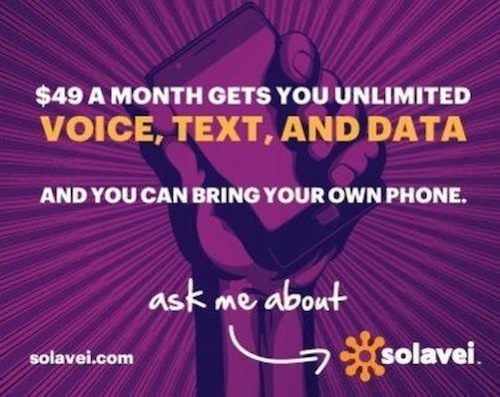 Hot on the heals of this morning’s news that the iPhone 5 would be landing on Strata Networks soon, comes word that the popular handset can also now be used with Solavei, a US-based prepaid provider.

The carrier sent out a press release this afternoon announcing that it has begun offering nano Sim cards, meaning  you can now hook up Apple’s latest handset to its $49/month unlimited everything plan…

Here’s some info from the press release (courtesy of Engadget):

“Solavei®, an affordable contract-free mobile service provider, today announces the availability of nano SIM cards, compatible with the iPhone 5, and widening the company’s phone compatibility to include all major smartphones.”

So essentially, like Straight Talk and other services, anyone with an unlocked GSM iPhone 5 can purchase a Solavei nano SIM Card for $9, and sign up for their $49 monthly unlimited voice, text and data plan.

Admittedly, I had never heard of Solavei before today, so I did a little digging. And apparently it’s a brand new service—launched in September of last year—and it piggybacks on T-Mobile’s nationwide network.

Because of this, the carrier can’t promise 3G data speeds. As you know, T-Mobile has been working on upgrading its network to iPhone-friendly HSPA+. But there are still several areas where it’s not available.

It’s also worth noting that Solavei runs some sort of side social commerce business, where referrals earn you cash back per month. They say there’s ‘no obligation to refer,’ but I imagine you’ll hear a lot about it.

If you can deal with these caveats though, it looks like Solavei is a decent carrier option for you and your unlocked iPhone. And bonus, it says it will work with T-Mobile’s LTE network when it launches later this year.