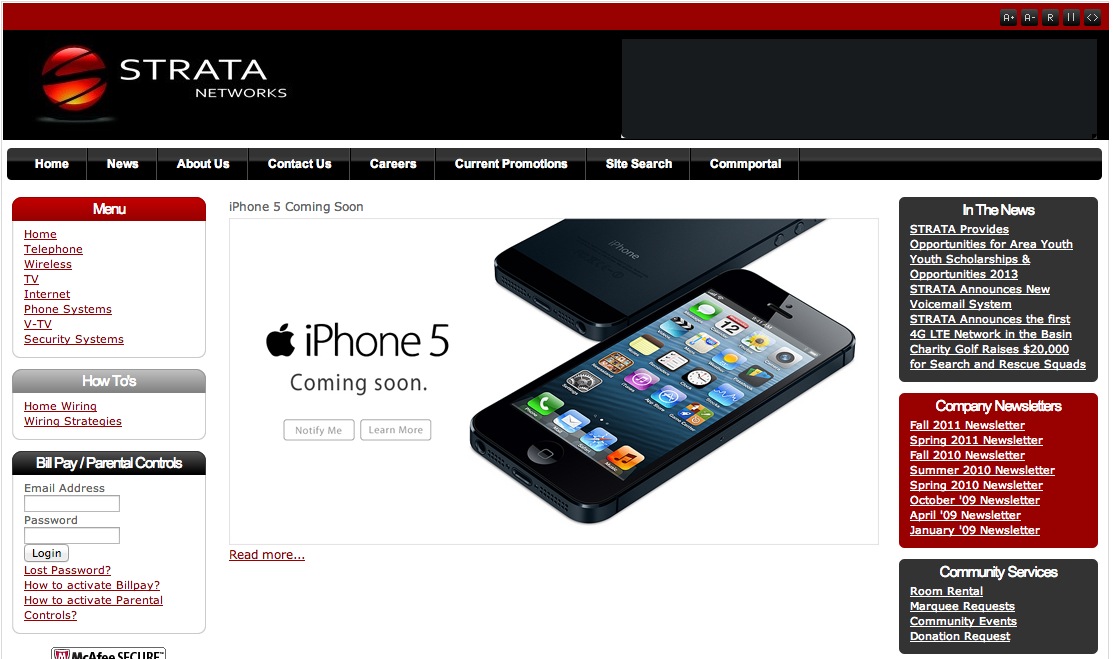 With the release of iPhone 5, Apple has tweaked its sales tactics, making the handset available across more than a dozen regional carriers in the United States, in addition to major wireless operators like AT&T, T-Mobile, Verizon and Sprint that have traditionally served as the most important iPhone distributors in the country. You can now add Strata Networks to your list of iPhone-friendly regional carriers because the company started advertising it will be offering the iPhone 5 soon…

According to Strata’s web site, the device is “coming soon”.

You can register your interest by leaving your email address to be notified when the iPhone 5 becomes available through Strata Networks.

Regional carriers typically offer the iPhone 5 with a $50 discount compared to major US telcos so Strata could likely price the handset at $149 with a qualifying two-year contract.

They haven’t released pricing or availability information as of this writing.

Strata’s nationwide coverage map is available as a PDF document.

The Utah-based carrier started deploying its 4G LTE network ahead of Christmas 2012.

Their LTE network now covers local markets in Colorado and Idaho, including several counties in Utah and the Uintah Basin in Duchesne County.