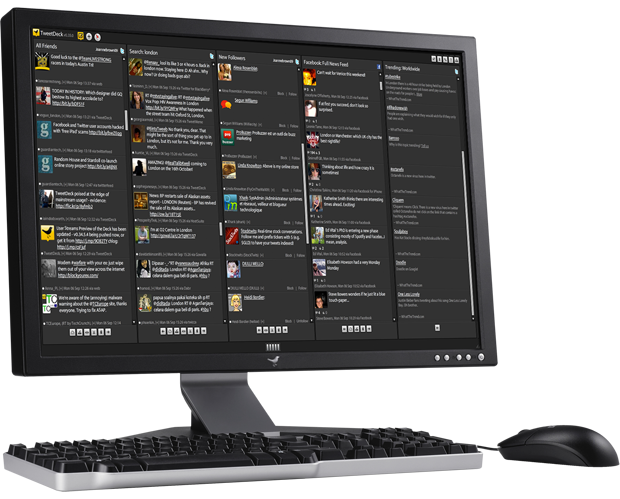 Twitter has announced this evening that it will be discontinuing its mobile TweetDeck apps in favor of the web client. Both the Android and iPhone clients will soon be removed from their respective App Stores.

Interestingly enough, the desktop versions of the app will live on (except for TweetDeck AIR it seems). But it looks like they will do so without Facebook integration, as the feature will be completely removed…

“TweetDeck is the most powerful Twitter tool for tracking real-time conversations. Its flexibility and customizable layout let you keep up with what’s happening on Twitter, across multiple topics and accounts, in real time. To continue to offer a great product that addresses your unique needs, we’re going to focus our development efforts on our modern, web-based versions of TweetDeck. To that end, we are discontinuing support for our older apps: TweetDeck AIR, TweetDeck for Android and TweetDeck for iPhone. They will be removed from their respective app stores in early May and will stop functioning shortly thereafter. We’ll also discontinue support for our Facebook integration.”

Essentially, what you need to know is that the TweetDeck apps will be pulled in May. And between now and then, Twitter will be using them to perform tests, so they say users will likely see intermittent outages.

Not much is said about the removal of Facebook integration, other than the quick mention noted above. But it’s been clear for a while now that hostilities have been rising between the two behemoth social networks.

TweetDeck was originally created by Iain Dodsworth back in 2008, and for a long time was considered to be the go-to Twitter client. It was then acquired by Twitter in May of 2011 for over $40M in cash and stock options.

What are your thoughts on this move?