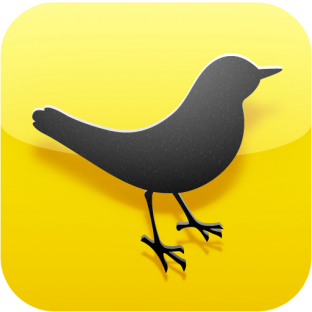 Twitter has acquired the popular Tweetdeck platform for a rumored buyout of $40-$50 million. This move is surprising considered that Tweetdeck very recently updated its iPhone app with a whole new design and set of features.

Tweetdeck has been a staple, cross-platform Twitter client for years. Twitter’s buyout seems to be a reaction to UberMedia’s original proposal to buy Tweetdeck.

What does this mean for the Twitter/Tweetdeck apps? That’s the question on everyone’s mind.

“Twitter has acquired TweetDeck, we’ve heard from a source with knowledge of the deal, and the transaction will be announced in the next few days. The $40 million – $50 million purchase price includes both cash and Twitter stock, says our source.

This deal is defensive for Twitter, say all the sources we’ve spoken with over the last couple of months. They simply couldn’t allow UberMedia to have so much market share in this space. The company has acquired UberTwitter, EchoFon and a number of other Twitter-related startups. Adding TweetDeck to the UberMedia stable of products would give them too much leverage over Twitter, say our sources, and so Twitter made a strong defensive bid to disrupt the deal. Which succeeded nicely, apparently.”

When Twitter bought Tweetie, an official app was released that basically looked like a revamped version of Tweetie. Since then, Twitter has built an iPad and Mac app that are almost completely influenced by Tweetie’s design.

Tweetdeck has always been a very different style of Twitter clients. It currently looks nothing like the “Tweetie” look that Twitter has in all of its apps.

It’s unclear as to whether if Twitter will infuse Tweetdeck into its official app, or if Tweetdeck will remain an independent entity that is merely owned by Twitter. We’re hoping for the latter.

It’s important to remember that Twitter bought Tweetie for a different reason than this Tweetdeck buyout. Twitter wanted Tweetie’s design and app to become their own. This acquisition of Tweetdeck looks like a simple counterattack against UberMedia’s growing market share of third party Twitter clients.

Most likely, nothing will happen to Tweetdeck’s apps. The look and feel that Tweetdeck users have grown accustomed to will probably be there to stay. After all, that look and feel is what made Tweetdeck the popular app that it is today.