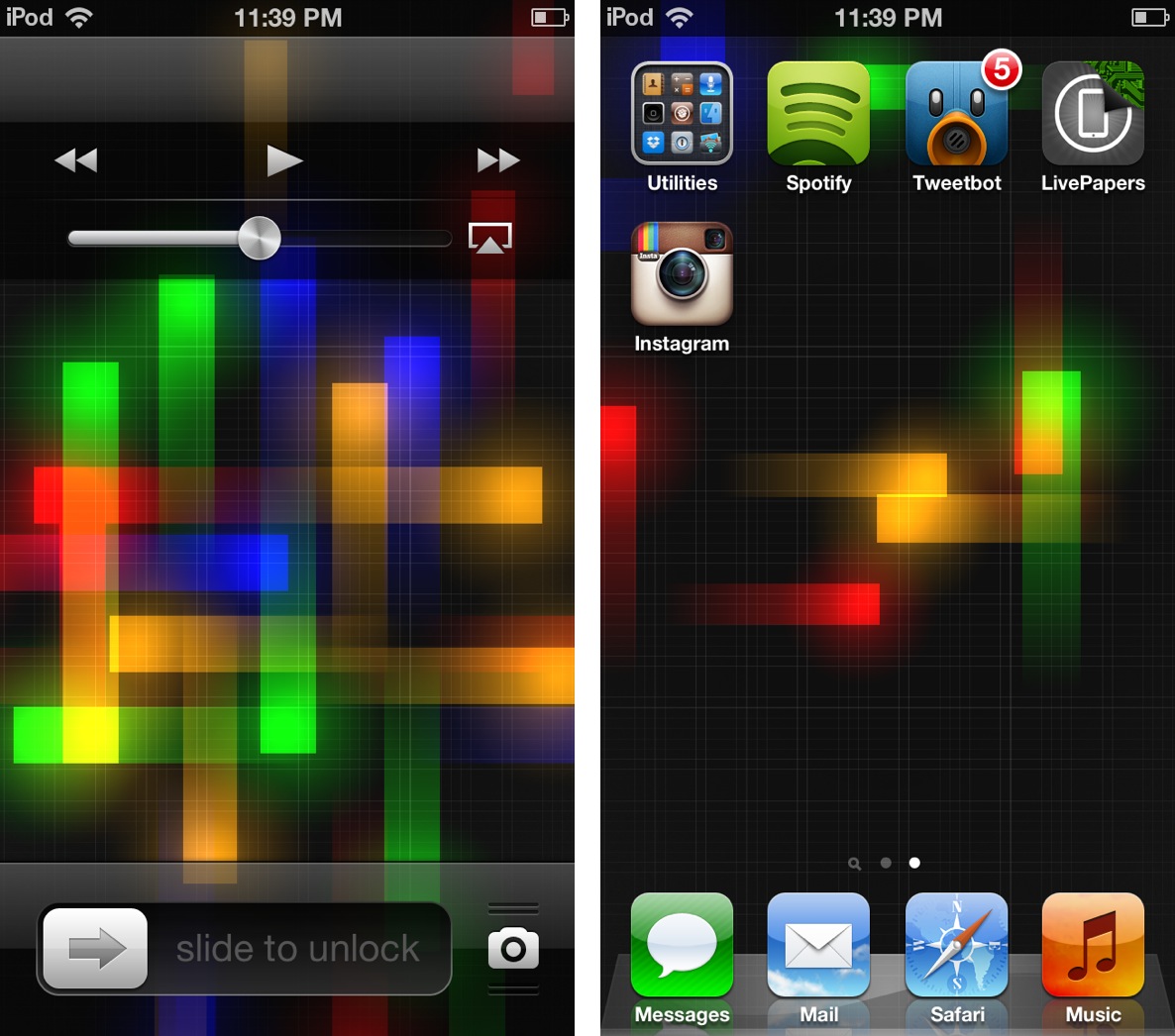 Looking to spice up your iPhone’s Home screen and Lock screen? If so, then look no further than LivePapers, a recently released jailbreak app available on Cydia’s BigBoss repo.

LivePapers allows you to enable animated wallpaper that you can display on both your Home screen and Lock screen. You can interact with the wallpaper on your Lock screen using taps, and configure settings for each of the custom wallpapers.

By itself, LivePapers isn’t exactly a home run, but with the purchasable addons, the jailbreak app is tons of fun. Take a look inside as we go in depth with LivePapers, plus we’ll talk about and demonstrate its purchasable addon packs.

I know most of you will probably balk outright at the battery implications of running such a jailbreak app, but developer, Porkholt Labs, promises that the app is battery efficient. For those that have been following me and my iPhone habits for a while, you probably know that battery life has never been that huge of concern for me. Keeping that in mind, I didn’t notice any massive hits to my battery, though, admittedly I haven’t been monitoring as closely as you likely will.

To pull off its smoothly animated wallpapers, LivePaper uses OpenGL ES, an efficient standard for embedding 3D graphics. This seems to have paid off, as the animations seem to be much smoother than similar tweaks that I’ve come across in the past. Porkholt Labs promises that the animations and increased performance are on a level never seen on any iOS device due to this. I can say that the animations are certainly impressive, especially with either one of the addon packs enabled, but watch the video, and you be the judge of that.

While LivePapers in itself is free, there are currently two paid addons available in Cydia: Bubbles Pro, and Nexus. Each addon, which is $0.99 a piece, is what really makes LivePapers come, well, alive.

Once one of these addons is installed, you can configure its animation effects to a pretty hefty degree. For example, the Nexus LivePaper includes options to change the strip width, strip width, velocity, depth tolerance, and strip count. Bubbles Pro, on the other hand, includes a lot more options like custom colors, particle lifetime, particle size, touch action, particle edge, and so on. The point is this: each custom LivePaper addon pack features its own self contained set of options that can be customized to change the look of your iPhone to a fairly significant degree.

Without at least one of these addons, LivePapers is a run of the mill affair. There’s basically only one stock animated wallpaper that comes bundled with the free version of LivePapers, and there are options to use stock wallpaper or a solid color wallpaper that’s adjustable using simple RGB sliders.

If LivePapers continues to receive additional addon packs, then I can see this becoming the de facto standard for animated wallpaper on jailbroken iOS devices, it’s that impressive. Even though the addon pickings are slim at the moment, I think it’s worth checking out, and yes, it’s iPad compatible. Head over to Cydia’s BigBoss repo, or if you’re browsing this on your iPhone, click here to be taken directly to Cydia.

Let me know what you think about LivePapers in the comment section below.